As we close out 2019, a year that I’m glad is finally over, I have to say that I’ve been through a lot of different things, including an interesting bit of growth and thought. Some of it’s been personal, some business. Because it’s been all over the board, I’ve been working on goals and plans for 2020, and I’m sharing one with you. 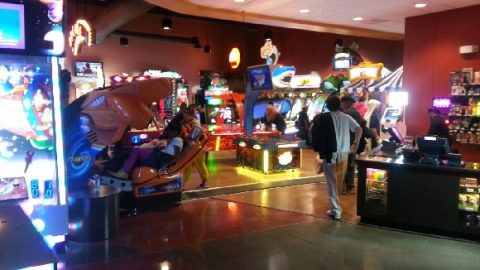 As you see above, the word for 2020 for me is socialization. It’s an intriguing word because most of the internet marketing gurus like to use the word “engagement”. Unfortunately, truth be told, most of those using the word aren’t actually doing it. I’m sure they think they are, but they’re not. Why?

Engagement as a word doesn’t have any soul to it. For instance, engagement in business means addressing your customer’s needs without really caring about them. When people are only seen as ways to make money, engagement can seem and look phony.

Some months ago I decided to do an experiment via Twitter. Most people don’t actually look at their major stream because it can be overwhelming. Lists work so much better because they’re segregated and small. The main stream shows the content of everyone you’re following; depending on how you access Twitter, it’s either in time order or what Twitter considers “important” order (kind of like Facebook).

What I noticed is that many of the people I’ve been connected to for many years have grown both their followers and the people they’re connected to dramatically. Whereas I’m still only following just over 1,100 after 11 1/2 years, it’s not unheard of to see someone following anywhere from 30,000 to 150,000 people; ouch!

When you have numbers like that, the majority stop actually engaging. They might have automated services set up to acknowledge people, but actually saying “thank you” or talking to a person with “real words” doesn’t happen.

What I did was start sharing more content from people I didn’t talk to all that often. It was pretty good content; I didn’t share things I didn’t read. Obviously I included their Twitter handle so they’d know it was shared if they were paying attention. At that point, they had two options; ignore or do… something! I mean really, like, retweet, say thanks… anything!

When all is said and done, almost no one every said a single word. Almost no one retweeted or liked anything. I’m talking about accounts with huge numbers, not someone with numbers around mine or somewhat higher. Matter of fact, only one person ever retweeted anything, that being Marji Dupuis (formerly Sherman), who’s following more than 120,000 people. Out of all the people who write about social media engagement… she’s it!

My experiment wasn’t all that tough; I think it was very fair. For accounts whose content I shared, or people who were posting anywhere from 5 to 10 articles every hour, 24/7 (some do that; ugh!), I’d go to their Twitter feed and look at their tweets. I’d go through their tweets to see if they engaged with anyone within a day if they had tons of tweets, or within 5 or 6 days if they were perspicacious.

The thing about them is they’re not engaging; they’re socializing. They’re talking to people about things that aren’t associated with business all the time. For a great experience on social media, people sometimes want to socialize. The folks above show that it’s not impossible to market, engage and socialize, but socializing is what puts them over the top… in my opinion.

It’s what I try to do on social media, which is why I want to be better at it in 2020. I actually need to be more engaging when it comes to business, but I’m not connected to enough people in my industry on Twitter to do it. I market my content, but in general I’m socializing. On LinkedIn I market my content, but most of the time I’m not either engaging or socializing; I need to be better at that.

At least I socialize on blogs, including mine. If you’re lucky and have time, see some of the conversations Holly & I have on some of the posts here and on her blog. If you want to know what socialization’s all about, those will teach you.

In any case, socialization is my word for 2020; I hope I can exhibit it on social media more than I’ve been doing. If you’re up for it, either comment on my blog or talk to me on Twitter. Let’s all socialize more in 2020!