This is a different type of post. I may link to other posts and articles to share what they have to say but overall this is my thoughts and beliefs about the current state of blogging. It’s not a rant… well, not really anyway. It’s more of a manifest statement, a stream of unconsciousness that’s either true or not for everyone else… but definitely true from where I’m sitting. 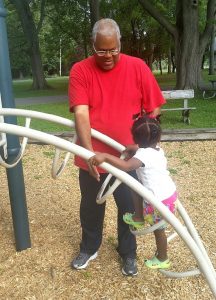 First, let’s talk about why I think I’m qualified to write about such a thing. By some standards I can’t even call myself a professional blogger. I don’t write from the perspective of someone who’s made a lot of money from blogging. I certainly haven’t worked on making blogging a career.

Actually, I used to make a nice chunk of change from this particular blog. At one point I was making almost $600 a month from advertisers… paid ads if you will. Then the evil Google decided it didn’t like the ads I was running because they had little to do with the main topics of this site, took away my page rank (remember that?), and… well, so much for that. They’d taken away my ability to earn money from Adsense before that, so making $600 a month was outstandingly fun.

Beyond that… Next month I’ll have been blogging here for 10 years, and in February I’ll have been blogging in general for 13 years. I’ve written over 5,000 blog posts for myself and others, and I’ve read tons of other blog posts and left tons of comments (understanding of course that there’s no weight in writing so the use of “tons” is an incorrect synonym; I did say stream of unconsciousness, right?) over all these years. Thus, I’m as qualified as anyone else to give my thoughts on this grand topic.

However… not all of those blogs are “individual”; that is, not everyone is blogging in their own space. Lots of blogs are on sites like WordPress.com, Tumblr, and Blogspot. Some people use Huffington Post and Medium for blogging. There are a few people who use Facebook and LinkedIn as their blogs as well. Still, that’s a lot of people sharing “something” with the world… not including those who have given up blogging but haven’t shut down their blogs.

So, there are a lot of blogs; are there a lot of “actual” blog posts? That depends on who’s counting.

Back in the day, a blog post could be as short as 100 words or as long as Kareem Abdul-Jabbar is tall. The world was told that almost no one would read a long blog post, so few people tried writing them. It might have been true at the time; the first post I wrote that was more than 1,000 words was 9 months later, when I was ranting about a collection agency I was having problems with. It only got a couple of comments, none from anyone I knew already; so it’s possible that long posts were hated back in the day. 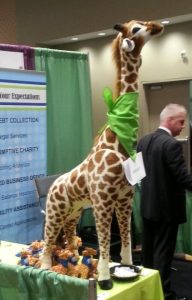 Back then, all search engines cared about was seeing something new on a consistent basis. I tell anyone who’ll listen that this blog used to be in the top 100,000 websites in the world… yup, this blog! 🙂 I was also producing more than 300 blog posts a year… most of them between 400 and 700 words… and the most popular post I wrote was less than 200 words.

Now… the average length of blog posts is around 1,130 words… and that’s considered low sometimes. The search engines (okay, Google,, because other search engines seem to like me better) like long form content, and that’s the type of articles they’re going to send most people to if they’re looking for something. But even that’s not enough these days.

The big G expects that every post someone puts up is going to be “authoritative“. The problem with that is that I was the first to actually tackle the question as to what an authority blog was (check out that previous link). I just wrote that post in February; the world was doomed before that (okay, exaggerating…).

I’m not going to lie; some of those longer posts are actually pretty fantastic. I’ve written a few of these myself; I’m fairly proud of one titled 31 Big Mistakes People Make Blogging And In Social Media, which got tons of views and comments (I seem to be fixated on the word “tons” today). I also had to realize that I’m no Neil Patel, who writes monster posts all the time… and I’m good with that.

So… I could decry the state of blogging as more of a slog than a pleasure when compared to the old days, when all one had to do was produce content to gain the good graces of search engines. A lot of my old content is considered useless by today’s standards. Even though I’ve removed a few posts here and there, going through almost 1,800 posts over the course of almost 10 years is a bit overwhelming, especially since I have other things to do.

I’ve been told that some of that older stuff is what holds this blog back; maybe, maybe not. I’ve had to reconcile myself with the belief that I’m more of a “thought leader” (that’s what they call people who have opinions they want to share these days) than an educator… which means Google will never be inviting me to the party… even when I do write something that’s technically helpful.

That post by the way doesn’t show anywhere within the top 250 searches unless I add quotation marks, and then it shows on someone else’s Pinterest account; what’s that about? It also came in at 1,151 words; come on Google! BTW, as a point of comparison, I’m in the top 150 on Bing without quotation marks; with them I’m at #8. 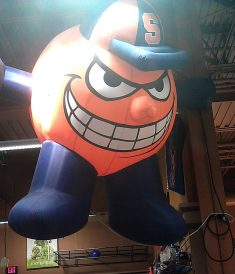 Still, you know what I’m seeing? I’m seeing other people, a lot of other people, who are blogging for the sake of blogging, the fun of blogging, the sharing of blogging. For instance, there’s Karen Tashkovski, a local (for me) blogger who shows off her sense of style and reviews art presentations around the city; not many words but I like the look of her blog. There’s another buddy of mine named Chris Malone, who puts his own personal spin on local stories and has this weird obsession with apple fritters (which I’ve never had lol). None of them are highlighted on Google anywhere unless you look their names up specifically, yet each of them still enjoys the process of creating when it comes to blogging; good for them! 😉

To me, blogging isn’t dead. It’s a communications method that, if you’ve noticed in the past 10 years, is rapidly replacing print. Just like the way we use Facebook and Instagram has changed since 2007, so is the way we should look at blogging.

Next we have Grace Bonney, who wrote a post on a site called Design Sponge who wrote an article titled State of the Blog Union 2017: How The Online World Has Changed where she says:

Larger network-style blogs tend to be, at least currently, operating under the idea that providing the widest range of content to the widest range of people is the best idea. I have my own theories about how this is poor advice from venture capitalists who just want to see the most “key demographics” covered as possible, but what it sometimes leads to is a site that feels disconnected and confused. Strong core voices can get lost among aggregated content (usually pulled in from sites that are also in the brand’s network), but in general this “more is more” mentality seems to be ruling that niche of blogs.

You know what? That’s pretty much it, because every other article I found on the state of blogging in 2017 was more of a tutorial than an exposition… and most of them said the exact same thing! That’s the main thing that’s missing these days: personality, and having a real reason to read other people’s blogs.

I like learning new things as much as the next person. I also like seeing what people have to say about this or that. I’m the guy who went against the grain in saying that sometimes commenting only on blogs in your niche might not work.

I guess I’ll find out how many other people agree with me on this point. I know Google won’t be sharing it, so I’ll do it myself and hope that others see it, think about it, share it, comment on it, and then go off and do what they do. Go ahead; be more like Holly! 😉

18 thoughts on “The State Of Blogging – A Stream Of Unconsciousness”