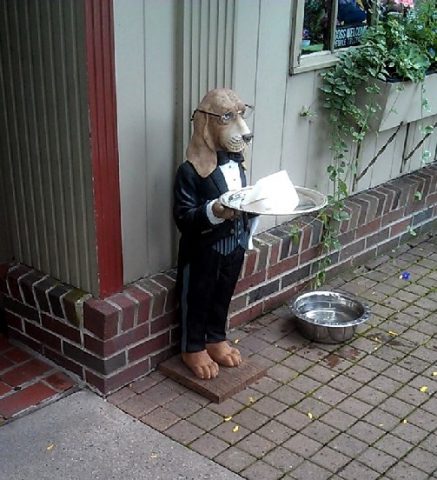 When I first got on the internet back in December 1995, I didn’t understand what most of it meant. The first service I signed up for was AOL. Like many people, I got that disk in the mail, loaded it onto my computer, and the rest was history. So was my privacy, because pretty quickly I started getting all sorts of email from companies that contracted with AOL for my email address. And things took off from there.
END_OF_DOCUMENT_TOKEN_TO_BE_REPLACED

Most of you aren’t used to my writing shorter posts, but I think this one should qualify as that, even if the video adds another 4 1/2 minutes to your pleasure. lol

In New York, there’s something new that’s been introduced in Albany that’s going after anonymous trolls online. It was introduced by two downstate state senators and it’s purpose is to “remove any comments posted on his or her website by an anonymous poster unless such anonymous poster agrees to attach his or her name to the post.”

Serious stuff. What’s my take on it? See below:

Now, what’s your opinion on this?

I’m a privacy guy, believe it or not. I believe drug testing for most jobs is a violation of privacy. I’m against racial profiling (I would be). I’m against someone being allowed to see your entire credit report without your permission. I’m on the Do Not Call registry. I have a fake name in the phone book. In other words, I protect myself where I want to protect myself.

I also believe in being open about who I am most of the time. Every blog I’m on, I’m Mitch, although I was on one of those “diary” blogs and had a different name back then. I had wanted a place where I could talk about things that irked me in the world without having it come back to my business blog.

What I never did, though, was take that anonymity, find one person, and start slandering them, or saying rude things just because I was hidden behind a fake name. That’s one of the problems I’ve always had with online conversations. Some people hide behind a fake name and say things they never would in person. That’s just not right, and I don’t like it one bit. I’ve always wished I could get back at those people in some way, while being glad that none of that stuff was ever aimed at me.

This week, some woman in New York finally got hers. After slandering this model, Liskula Cohen, Cohen got a lawyer and sued Google to get the name of the person on whose blog these things were being written. And a New York state supreme court judge granted her that, so Google had to give it up. Well, they had to give up the email address, since names can always be faked, and this model knew who this woman was, and called her up. She’s still thinking about suing, but said it could possibly be avoided if the woman issued a public apology.

Man, nothing makes me more happy than this. Our local newspaper allows people to comment on news stories online, and there’s never anything said that brings any real discussion to the conversation. Are people really so bored and hate their lives so much that they can’t take the time to put together a constructive thought, instead putting everything down with the most hateful thing they can come up with (at least they’re not allowed to use bad language on the site)?

Well folks, be put on notice. Unless your site is in another country, Google, because they own Blogger (which I don’t like), will have to give up the info, and at that point your behind could be cooked. I’m thinking a nice little lawsuit would shake things up. The woman, still unidentified but who has a mouthpiece lawyer giving his opinion, said the things she said might have been disgusting, but they’re protected under free speech. No, they’re not; if you make stuff up to hurt someone intentionally, that’s slander, and you’re going to lose in every court in the country.

Fairness has come to the internet; let’s see where the chips will start to fall.