You don’t hear it talked about openly as much anymore, so I’ll ask first; how many of you are aware of a product called “private label rights“, aka PLR? In essence, these are articles that users can purchase in bulk numbers, usually anywhere from 5 to 100 or so articles for one price. Often only a certain number are sold so that the users know only so many of these articles will be going out to the masses, but when there are lots of articles sometimes more are sold than normal. 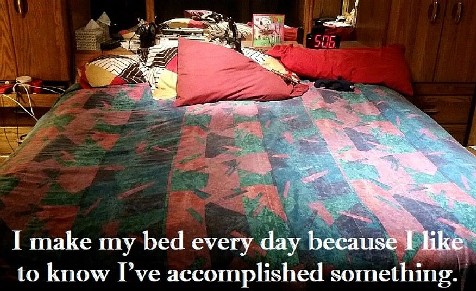 I don’t know a lot of people still creating this kind of content for others. I did it once many years ago, putting together 3 packages of articles on something that I’d never have published here. I didn’t sell any of them, so I used them elsewhere; after all, I did write them. Truthfully, the only person I know still putting them out on a regular basis is Alica Seba; she’s always had quality stuff.

The best thing about using PLR is that you can use these articles, rewrite them, then do whatever you wish with them. The worst thing about using PLR is that most people are too lazy to do rewrites of any kind, which explains why we often see a bunch of articles with the exact same titles and the exact same written words on them. It’s not quite article spinning because they’ve been purchased, but it’s about as effective… not much.

I’m not sure she’s still doing it, but years ago Alice used to get a bunch of content producers together and have a massive sale for a reasonable price. Most of the time the price range was between $27 and $47. You’d get lots of digital products, most of which you’d probably never use, but the price was right. Part of those products were always PLR content from someone… sometimes her.

I never used any of those articles, and even though I created some later on and put them up for sale, I always wondered about the efficacy of them. After all, if people aren’t modifying any of the content, is it worth using them in the first place? If they are being modified, are they modified enough so that people who visit your blog and read them sense your voice in them?

I’m not condemning the practice of using PRL content. What I’m saying is that without more than a patchy modification your purchased content is going to be useless. The search engines are going to ignore all but the first few people who used it unless it’s significantly rewritten.

In my opinion, if you want your PRL content to do you any good, you need to be ready to rewrite or modify at least 50% of what you’ve started with. Sure, it’s more than what you might need to do if you’re repurposing one of your own articles, but your initial article was written by you, and since you wrote that article on your own (hopefully) you can’t be accused of plagiarizing or copying yourself (even if you do lol).

For instance, my post last week titled The Keys was an update from an article I wrote in 2009. It was my story, and I modified it and cleaned it up and probably changed 25% of it. No one can ever accuse me of plagiarizing because it was about me, a friend and an adventure. In one of the pictures are the two of us together. It was easier to modify because I remembered the story, and it felt good being able to refresh it.

You can do that with your own content easier than using PRL articles, but you can also do it with those articles if you understand the content. Making things feel like you own when originally they weren’t is a talent in its own right. It makes perfect sense to do, and it’ll take less time than having to research and then write it on your own. But it only makes sense if you know what you’re writing about. Otherwise you’ve spent money foolishly; even you wouldn’t want to read it later.

Just something to think about early on a Monday morning. Good luck!