Every once in a while I start a post, can’t quite figure out what direction I want to go, and save it to draft. I figured it was time to pull this one out of draft and go ahead and get it written because recently there was something that happened that fits right in with this theme. 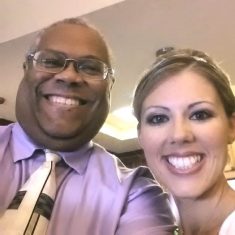 Last week a young and very pretty model who has a major Instagram following decided it was time for her to shut down her account. The reason she gave for shutting down the account is she felt it was telling people a lie about how good and perfect her life was. She said she didn’t feel that way at all, and that social media had turned her into a liar.

I’m not going to say that some people don’t have good reasons for deciding to shut down part of their social media activities while keeping other parts open. For instance, I know quite a few people who have shut down either their Facebook or Google+ pages, saying that they were more trouble than they were worth. I actually understand that, as I’ve been contemplating shutting down my Facebook business page because it’s not doing what I had hoped it would do for my business.

However, that’s more of a business decision, not a personal decision where I’m saying “Oh my goodness, social media is hurting my feelings” or “Other people seem to have a lot better life than me and I can’t take it anymore.” I have my hands in a lot of fires, and one of the things about working for yourself is that sometimes you have to redirect your attention towards those things that are helping you to survive.

Frankly, I’m starting to get a little irritated with all the angst (goodness, used that one twice in one post lol) that some people have with social media. So let’s look at this concept of whether we put the best of us on social media and therefore were lying to people.

As you will see in the video below, which I hope you watch, I mention that nobody wants to follow someone on social media who’s making them depressed all the time. Most of us tend to share those things that bring us comfort. I think that’s fair, and it’s probably that kind of thing most of us want to see.

Have you noticed that the people who share all the bad stuff that’s always showing them being depressed are the ones who usually end up doing something stupid or having something happened to them? I’m thinking that if I had someone like that in my stream I might want to call the police and ask them to go to that person’s house to check on them every once in a while.

I’ve met some folks who’ve said that they recognize people get worried about some of that things they write. Well, if that’s what either make them happy or something that’s they’re worried about, they can either stick with it or make the change. As for the rest of us, we all get to decide whether we want to consume that kind of thing or not.

I can truthfully say that over all the years I’ve been online, I’ve shared mainly funny things that have happened to me. I’ve shared a lot of good things, but I’ve also shared some bad thing. I think that when we really look at it honestly, that’s it microcosm of our lives. Everything isn’t always great, but everything also isn’t always bad.

There are a lot of bad things that I will never share with anyone on social media because it’s none of their business. I said that during a conversation I was having with a friend of mine early last week, when we got on this topic of privacy, or lack thereof, where I said that if people really don’t want others to know what’s going on with them then they need to learn how to shut up. What do you think of that?

Anyway, I cover a lot of things in the video so I’m going to wind down with this statement. Social media is a place where we both share and consume a lot of information. If you think what you’re putting out isn’t up to the standard that you want it to be, good or bad, then change it. If you can’t handle what you’re seeing or putting out, change it.

Just don’t blame social media for either you’re reaction to it or your participation in it. Sure, there are bullies and there are trolls we sometimes have to deal with. But those people would be jerks and idiots without social media; actually they are. Social media makes it easy for people to hide, but when all is said and done, we all know who the jerks in our lives are; we just need to get away from them.

Social media offers the easiest way of all; just turned everything off! Now, on with the video…