Last year I wrote an article titled Are Writers Taken For Granted? It addressed how horribly many people who are trying to write for living or to make extra income are paid, which is still a problem these days. 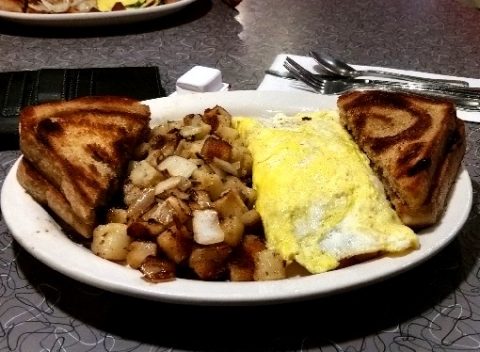 The last paragraph explains this picture 🙂

At the time I said that I wasn’t going to be shilling myself out there trying to find writing gigs because it felt demeaning. Well, after as bad a last 12 months as I’ve had, I’m back to looking for some writing gigs as I try to reestablish my consulting business.

How did I get into this position? There were a few things that got in the way.

It took me about six months to get over the depression of my mother passing away. Then I started working on content for a health care revenue cycle training site, and I was doing pretty well with that until some of the technology parts of it shut me down. I was always pretty good creating websites and understanding word press, but things like auto responders and templates outside of WordPress templates, and many other things were way beyond my field of expertise.

This was something I actually started in late November, and because of the technology issues I didn’t launch the site until either the last week of June or the first week of July. To say that it’s been a bust so far would be under estimating just how bad it’s been.

In trying to resurrect my consulting business I spend a lot of time on LinkedIn, basically promoting myself, my business and my training site. The thing is, LinkedIn tells me that I’m reaching anywhere between 300 and 1500 people with the things I’m posting, but that doesn’t mean anything because they use the word “impressions“, which means it might show up in their feed because they’re connected to someone else, but it doesn’t mean that anybody has actually clicked on what I’ve posted. I have a plan for the next step I’m going to try there, but it turns out that over the last five years a lot of my previous connections have left the platform or aren’t doing that kind of work anymore.

So, I’ve been intentionally scrolling through and bidding on writing gigs. I set a minimum price for myself because it doesn’t do me any good to take on writing articles if they’re paying anything less than $35 an hour. What’s funny is that, overwhelmingly, people are paying way less than that. Since I’m only looking at potential writing gigs from people in the United States, it’s proving to me once again that those who really aren’t writers have no idea how to judge how much they should be paying writers.

Let me give you a couple of examples. There are some people who want to pay three cents a word for articles between 750 and 1,000 words. For someone like me, if it’s on a topic I already know I can hammer that out between 15 and 30 minutes. If it’s on a topic I have to research, it could take between two and three hours. At three cents a word and 750 words requested, that comes out to $22.50. For 30 minutes that’s not bad, but for three hours that comes to just under $7.25 an hour, and that’s not sustainable.

One of my books over there on the left comes in at around 56,000 words. It took me three months to put it together (actually 2 years, but that’s another story), and it was on a subject I already knew. I’m just imagining how bad a book on a subject I don’t know, such as vampire stories, lesbian love, or a lot of things that young people do these days that I don’t even know what these things are, would be, let alone whether I would write it quick enough to write a quality book where making $300 sounds like a good deal.

Still, I did find, apply and got one writing gig and that wasn’t bad, as I bid for $50 an hour and that’s what I got… kind of… The guy who hired me paid $50 an hour, but the site I got it through took 20% of that which means I got paid $40 an hour. That’s not bad because it took me two hours to compose each article, with most of the time spent researching the topic and then testing out what I was going to recommend for people who might see those articles. The person who requested that understood what writers go through, was specific on what he wanted, and gave me the leeway to have time to research it. The gig could have lasted five hours for each article, but I got them completed quicker than that and, being ethical, I only billed for the time it took me to complete each article.

If you take a quick look at the services link at the top right of this blog, you’ll see that I have pricing for either writing articles, editing articles, or editing books. I think those rates are fair, although I’m realizing I need to increase the amount for editing someone’s book, which I’ve done often enough over the years.

If you’re editing a book that’s enjoyable, that’s not a bad price; if you’re editing a book on a topic you don’t like, or there are so many errors that it takes you forever just to get through one page, you’re drastically under charging. Many people who hire editors want the editing done as quickly as possible, and if you’re going to devote yourself to something like that you deserve more money.

If you want an idea of how much time it will take someone who’s a professional writer to write on a subject they don’t already know, you should sit down and try to write just one article on a topic you know and see how hard or easy that is. If you find it easy, you should write your own content. If you find it hard, and you still want to hire someone else to do the writing for you, you have to be reasonable and pay writers at least a fair price because it’s not only about the writing, it’s about the research.

Those are my thoughts on the subject, and as someone who tips servers anywhere from 30% to 50% in restaurants, I think I’ve proven, at least to myself, that I’m willing to pay more for quality service. But that’s me; let me know your thoughts.

12 thoughts on “Most People Hiring Writers Know Nothing About Writing”