I usually do an opening paragraph, add a picture, then move to the next paragraph. This time I’m not only starting with a video, but a video that I didn’t create. This sets the tone for the topic; check it out:

Back in 2009, months after I started this blog, I decided to give affiliate marketing a try. I signed up with multiple sites because each one offered something different. Some offered products; some offered affiliate links to business with products I could promote. I even signed up for links to other sites whose content didn’t match mine, which was apparent because there were few sites that had content that “could” match mine. 🙂

At the same time, I started watching all these different marketing gurus who each had a “deal” that, if we paid them money they’d teach us how to do what they were doing. A couple of those people are in the above video, but I’m not mentioning who.

If you’ve ever watched any of these videos or not, and you’re kind of a skeptic like me, after a while you’ll recognize the “big lie.” We might believe that one in a million is making $30,000 plus a month with their website or with affiliate marketing; maybe even one in every 100,000. But if someone’s telling you that people are regularly making this kind of money weekly and that there are a lot of people making significant money just by signing up for their program, I’m here to tell you that it’s a bold face lie.

Though we’re in a tough economy, we were in as tough an economy back in 2009. As the internet started to grow, many people saw it as the dream they were looking for; same with YouTube. Think about it; who wouldn’t want to work 4 hours a day and make millions (as opposed to the 4-hour work week advocated by Tim Ferriss, which only he got away with)? Not only that, but if you followed one of these people and learned the tricks of their trade, with so many buyers online how could you possibly fail? 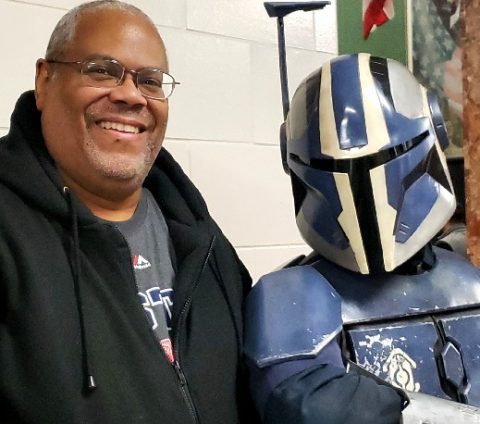 In a way I’ve been there. My initial foray onto the internet wasn’t for riches. It was for business and marketing my main business. I had high hopes that it would help me launch my business to greater heights.

The first time I decided to try to make money was my own idea when I purchased a domain, built a website and created my own business portal. Eventually I added tons of products to each page under a business category; I was going to be rich!

What happened? It didn’t work out like I thought it might. True, I had one article on that site (I had an article page) that was #1 in the nation for almost 4 years on a health care finance topic, but it never generated any business and none of my product advertisements made me a single dollar.

I’d bought into the dream of making thousands of dollars online. I wanted to do it my own way, but I’d been boosted by all the wonderful speeches and promises made by the gurus. I didn’t necessarily believe I could make tons of money doing exactly what they did; I did believe a fortune could be made online if I offered something different.

To be fair, though I made no money from my portal site, I did make an occasional buck on this blog from an affiliate product. I was also making money via advertising links and people paying for a link in an article going back to their site. I was making Adsense money on other blogs; I was earning nearly $600 a month; not bad, right?

One day it all came crashing down. First, Google dropped me to 0 page rank (who remembers Google page rank?). Then the advertising links site got blocked by Google and that money dried up. After that, no matter how many articles I wrote and the minimal marketing I did on Twitter (I knew little about online promoting at the time), I lost a lot of visitors and my proceeds dwindled.

Thank goodness I had a finance blog at the time, where people paid me to post their articles, which were all finance topics. I was making around $300 a month; not bad, but not livable income (not even the $600 was livable income). I was lucky that I was getting gigs for my business; otherwise I’d have been in a whole heap of trouble.

Where am I going with all of this? I want to put out a warning to those of you hoping to buy a product from the gurus in the video and anyone else who’s doing the same sort of thing. Anyone telling you how easy it is to make livable money online is lying. Anyone telling you you’re not putting in the effort or that you need to spend more money for a more comprehensive product or seminar to make money, they’re trying to play on your emotions; they’re lying.

There’s nothing wrong with spending $27 for a lot of information on one of those yearly sales events; that’s a great deal, and you might even find something useful. There’s nothing wrong spending a little bit more on a topic that might interest you and offer the opportunity to make a bit more money from a site like Udemy.

The better things to do are to create your own products and market to your audience. Find a few affiliate products you actually use and market them as much as you can if you like them. If you have $300 to pay a guru to teach you how to do what they’re doing, use that $300 to pay someone to help do your marketing so you can keep creating.

It’s okay to have a dream to make good money online; heck, I still have that dream. But never, and I do mean never, let anyone try to make you feel guilty if they’re telling you that all you need are some big dollars, big dreams, and “hard work”, though most will tell you the work’s not hard unless it’s not working for you.

Watch the video above; watch it multiple times if you need to. If you need someone to follow, check out Pat Flynn at Smart Passive Income. He’s the real deal and he’s not going to sell you a bag of rotten goods (that’s an old phrase). He may have some expensive things he’s selling, but he also offers a lot of free information. Check it out; if you do, tell him I mentioned him, though he might have forgotten who I am. lol

Be smart; be safe; be purposeful. Good luck!

8 thoughts on “Is The Making Money Online Dream A Fraud?”