I’ve done a lot of writing over the course of my life. If we don’t count letters, I started writing screen plays in my preteens (Star Trek related stuff, with the names changed of course), then graduated to poetry in my teens. In college I wrote a journal for 3 1/2 years, and in my junior year I started composing music and writing lyrics. 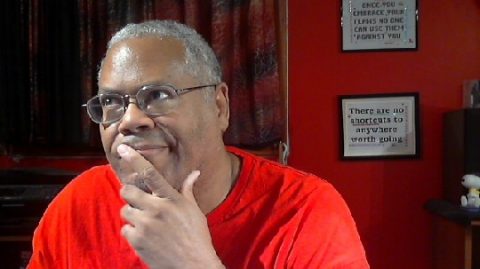 From there I started trying to write stories… novels were in my mind. I wrote a few of them… but never finished one. Then I got into leadership positions in health care and started writing procedure training manuals, along with articles for medical billing organizations. Moved on to writing newsletters for my business and other magazines, joined a writing group at the library where we wrote short stories and talked about our novels, before I finally got into blogging.

I’d love to say I grew into being an accomplished writer because of how early I started, but that wouldn’t be quite true. The process of writing part is accurate; the growth of becoming a better write (song lyrics notwithstanding) didn’t come until I started blogging back in 2005.

My early posts were… bad. Every once in a while I wrote something that was pretty good but overall I was missing a good style of communicating my thoughts well. I overused certain phrases that no one else said, wasn’t as direct as I should have been, and wasn’t as logical and orderly as I like to believe I am now.

I hadn’t actually thought about it all that much until I started working on my 2nd book on leadership some years ago, back in 2013 when I was on the road. I didn’t start from scratch like I did with my first book. I decided to put together a compilation of some of my earliest newsletters and early blog posts on my other blog on the subject. After all, I’ve written so much about it that I probably have many books I could put together.

When I started looking at those early newsletters, which I’d started writing in 2003, I realized they were horrific; I cringed. My initial thought was to leave everything alone and put in the preface that I wanted to show how much better my writing got over time as well as talking about leadership. I realized later on that was a terrible idea, so I proceeded to work on my earliest articles, which means I basically rewrote at least 50% of everything I wanted to use. 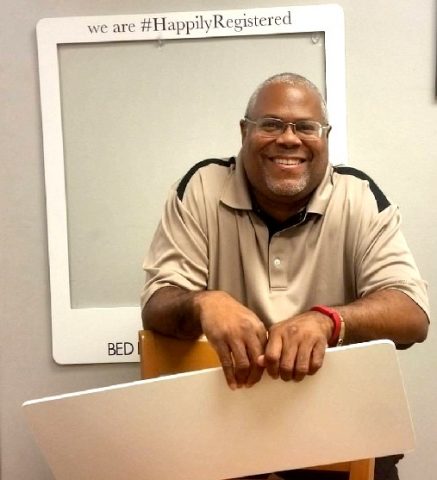 I had to do all that rewriting because I realized that, over time, my writing voice and rhythm was drastically different than it was when I started writing. My present style developed from trial and error, and I think it’s much more conversational and ordered; at least I hope so. By the way, if you’d like to buy a copy of it, check out the first book over there to the left, Leadership Is/Isn’t Easy (a plug! lol).

Having found my voice doesn’t mean that everyone will like my style, but at least it’s my style. Every person that writes a blog has a certain style, and that’s a good thing.

Some years ago I tried writing for what’s known as an “article farm” named Demand Studios. They worked hard at trying to put everyone under the same strict guidelines as far as style was concerned. It was confining and stifling and, though they didn’t see it at the time, lead to very poorly written content. When they took a significant hit with the first Google Panda update they had to reevaluate the content they were putting out. It paid okay, but I kept running into editing issues based on their criteria… which figures. 🙂

I’ve always said blogging isn’t easy for most people when it comes to writing. I’ve written a lot of blog posts over the years for myself and others, but I’ve only found it easy when I could write my way, using my style and writing about things I cared about. My style works for me because in general terms I speak the way I write. I say general because when I speak I do it in a less direct style than I do when I write… at least until recently I did.

Here’s the question I put to you; do you have a writing style? Is it any good? When you read what you’ve written does it “sound” like you or someone else? Does it look good in print?

There are people who can tell a great story but can’t put it down on paper, and the reverse is true as well. I always figure that’s why it takes some people hours to write a blog post whereas I can usually write one in 15 minutes or less. All of us might have ideas that come to us the same way, but we put it in print differently because of how we process what it is we want to say.

If you do something enough times you’ll develop a style that hopefully you’ll be comfortable with. My thoughts have always been to never wait for perfection, because you’ll never get anything done. Get in there, start writing, and let the chips fall where they may. Be brave, because fortune favors the brave; now where have I seen that before? 😉

13 thoughts on “Do You Have A Writing Style?”