Some of you may remember Marcus Sheridan when he was just a guy who owned an outdoor pool company and wrote a blog called The Sales Lion. I loved reading his blog, I loved the way he wrote, and in general I loved the way he thinks; still do. 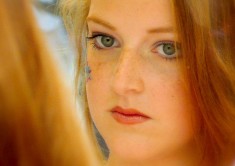 One of those things most of us who’ve been around a long time (too long for some lol) will eventually see is something we disagree with, even if it’s a relatively small thing. One of those things I sometimes advocate for new bloggers is that if you see something that sparks a thought in your mind, whether you agree with it or not, it’s pretty good inspiration to respond to it; that’s exactly what I did when I came across something I disagreed with, and I’m sharing it with you because, in the long run, you might take the point of this post and use it for your own potential long term success.

Unfortunately, I can’t find the article anymore, not because it’s not on his new site but because the Wayback Machine, which has never failed me before, failed me this time; sigh… Luckily, I remember enough of what he said that I can reference here; y’all should thank me for this bit of recall. 🙂

Marcus wrote a post titled It’s Called a BLOG, Not a BRAG. His point at the time was that many blogs are written more with the person writing the blog in mind than the readers. His postulation is that no one is interested in reading about you, the blog owner; they want to know what you have to offer them, or what you can do for them. He later clarified that he was talking about business blogs when we talked, but since I’d also “kind of” crossed that line, I still decided to address it.

He does make a good point. If every post that’s written comes across as “I, I, I” and offers nothing else, it’s possible that at some point some readers might not want to visit anymore unless they like that person a lot. However, I couldn’t totally agree because to some it came across as a blanket statement across the board; that’s not true.

I’ll counter that point by asking a few questions. One, what if the blog is a collection of personal stories? What about like my business blog, like when I wrote about the 20th anniversary of my being self employed, or other articles where I often lead into my points of view by telling true stories of things I’ve encountered to help people identify with the lesson of the day? Or what about this blog, where I recently wrote a post about the 14th anniversary of this blog and still gave tips on blogging while also talking about my journey so far?

Those are the questions, and here’s the premise, which leads to the title of this article. Even if you’re writing about a specific thing like Carol Stephen does with her blog titled Your Social Media Works, which is also the name of her business? She often connects her life to her topic; in my opinion that’s what makes her blog interesting.

With that said, it’s time for the 5 reasons why your blog is definitely about you, no matter what you write about:

1. Blogs with personality make for a better read.

If you’d had the opportunity to read Marcus’ post literally, it was almost saying that you should just sell or market and not do anything else. Of course he wasn’t saying that, nor does he do that; he’s very personable. What’s also interesting about his blog is he writes a lot of posts about himself, telling stories of what happened and what brought him to the place he is today.

The point was to not keep talking about how successful you are if you’re selling something such as affiliate products, courses, membership sites, etc. You don’t want to be seen as… well, let’s let Clint Eastwood say it to you…

2. We want to feel we know the person writing the blog, no matter what type of blog it is.

Think about this one for a bit. If someone is writing a “make money” blog, which a lot of people do, what is it that separates that person from everyone else? Why are there only a few people making it big with those types of blogs and so many others are failing? For that matter, what separates those blogs that make money, regardless of niche, from all the others?

It’s that we get to know these people, and through their writing we start to trust them. But you can’t learn anything about a person that won’t share themselves with you, and thus you won’t buy from them either. True, one can go overboard, but a balance in topics and discussion is always a good thing.

3. How else can you convince people to buy anything from you without talking about yourself from time to time?

My friend Peter talks about himself all the time when he’s pushing the latest product on his blog or YouTube channel. He’s not telling you what’s going on in his life, per se, but what brought him to this new product, why he likes it, and why he thinks you’ll like it as well. In between those posts, he tells some stories here and there, and of course lots of jokes. That’s because you can’t sell all the time; do that and people will stay away because no one wants to be sold to 24/7.

We might as well admit that we’re interested in the people we follow or read way more than what they’re talking about. Sure, if you really want to learn something you’re going to research it and you want specifics. But if it’s a site that’s captivating your interest, it’s usually got an engaging personality behind the words; at least I keep hoping so. 🙂

4. Why shouldn’t you be proud of your accomplishments?

In Peggy Klaus’ book Brag!: The Art of Tooting Your Own Horn without Blowing It, she talks about the importance of talking about yourself and your accomplishments because if you don’t, no one else will. Sometimes those are the things that separate you from someone else. So if you’ve won some kind of award, mention it. If you’ve done an interview somewhere, or had a guest post published somewhere, mention it. You’d better talk about yourself sometimes because very few of us have someone else who’ll talk for us; trust me on this one.

I have to admit that I’m bad at this one. For instance, when I posted this article on blogging beliefs, I highlighted an award I was given by an organization I was a part of for 13 years, but I didn’t talk about it. I’ve been honored to receive lots of awards and accolades over the course of my life, but the only one I’ve ever really talked about was when I helped a hospital increase it’s yearly revenue to $730 million, which was more than a 100% increase from when I got there… and I only talked about it in passing because to detail it would take a lot of time… even though I have a brief link to it on my business site. In any case, I guess I need to read Brag again some day.

That means you’re responsible for every aspect of it. Why did you create your blog to begin with? If it has no personality, who will care about it but you? It’s up to you to promote, to talk to people, to write at least a portion of the content, and if there’s nothing of you in it then what’s the point?

You’d better talk about yourself from time to time, or at least allude to yourself. Let people know there’s a real person with real feelings, real personality and real talent writing that blog. Even if you’re trying to sell or market something, talking about what drew you to it, why you bought it (if you did), and how it’s helped you do… whatever… could help.

By the way, I started this article off by talking about Marcus Sheridan. I’m proud of everything he’s accomplished. That had been my plan, but I’m not as personable in public. Check out his website, and if you ever get a chance to see him in person, go for it. Here’s a small sample:

Anyway, don’t forget to add some personality to your blog, even if you have to talk about yourself occasionally. Without that, who cares? Now it’s your turn; what do you say?

19 thoughts on “5 Reasons Your Blog Is Definitely About You”