I’ve been blogging for 12 years now, almost 10 on this blog. Truth be told though, I’ve been writing online for more than 20 years. 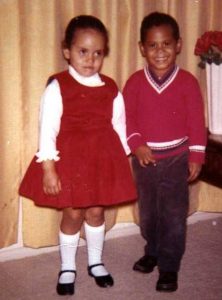 I started back in 1996 on a site called My Dear Diary. You could use it for journaling or “diary-ing” (not a real word lol) and write pretty much anything. You got to decide what went public and what didn’t, and you didn’t have to use your real name. Since I’d been journaling since high school I thought it was the coolest place to be.

Until it went away; sigh… then I started writing on a site whose name I can’t remember, then it shut down and I went to another site; then it also shut down. The last site I tried was around the time I’d created my first blog, before creating this one, but it just wasn’t the same anymore.

After the diary site I decided I didn’t want to put any of my personal information online anymore because I learned that others could break into the sites and learn who and where I was. I learned it because I did it a couple of times… accidentally of course… (cough)… Instead, I started sharing my opinion on things like politics, religion, and a lot of other things that either irked or elated me. It was a great way to get things off my chest, and it was a thrill to see that most of the people reading what I had to write agreed with me.

Of course you never get full agreement from everyone, and a few people not only disagreed with me but went further than I’d have ever thought a person would go online. This was before today’s internet where people say a lot of vile things without a second thought… when I still thought there was mainly goodness in the world (I’m a bit more cynical these days…).

A few of those people are the ones I “accidentally” found more information on (cough; gotta do something about this…) and contacted them on the sly… instead of outing them in public. Strangely enough, the people I contacted not only never commented on my posts again, but all of them left… or maybe just changed their hidden names while leaving me alone.

When I started blogging, I decided on a couple of changes in my overall approach. 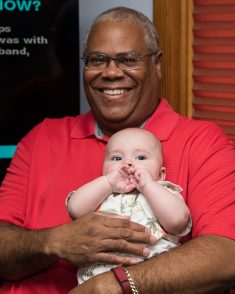 The first is that, even when I was writing about something that angered me, I was going to temper my language to try to get my point across without inflaming anyone. I did that because I was going to hold people commenting to a standard that I felt would be hypocritical if I didn’t follow it myself.

The second is I was going to tell the truth as I saw it and be as open about things that I did wrong as much as the things I did right… but I wasn’t going to tell people everything about myself or my life.

An example of this type of thing was a short article I wrote in 2012 titled 100 Things About Me, which includes a link to the 100 things I listed about my life at the time. The very first thing I mentioned in the list is that my middle and last name were made up by my grandfather when he ran away from home at age 13.

I never said what his full name was, and I didn’t divulge the middle name. Very few people know my actual first name and those that do spell it wrong. You’d need to know my first name before you’d even have a chance to find the middle name, and almost no one is going to want to go through all that grief just to find out (though someone might now lol).

As I said, I’ve been writing this blog for almost 10 years; I’ve been married 20. Out of 20 years I’ve only mentioned my wife’s name 6 times, and now I don’t have any posts live with her name in them. She’s social media shy, which is funny because offline she’s everyone’s friend. I never mention her name on social media, so the only time people learn her name is through other people who mention it. Luckily for her they also all spell it wrong (it’s a black people thing, not spelling names the way people think they should be spelled lol) so she’s hard to find online… and that makes her happy. 🙂

Years ago I wrote a post titled Social Media And Your Familial Obligations where I talked about the responsibility all of us have in protecting our family and their rights of anonymity when it’s requested. Whenever I post a picture of a relative online the first time I always let them tag themselves into the picture before I’ll do it in later pictures. I know a couple of my cousins are a big social media shy, even if they’re online, so I like to test the waters first to see how they’ll react; it seems to be the courteous thing to do.

I’m going into all these things about myself to get to this educational point; you can be open about things that your life is about and things in your life without giving it all away. That might sound like a contradiction but it’s not; it’s the smart thing to do.

First, you never know who might be looking for you or someone you know. If they have any real skills all they’ll need is a nugget somewhere and they’ll probably figure out the rest. 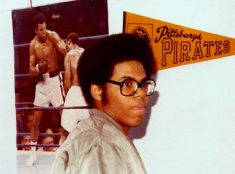 Second, you never know when someone might think about using something you’ve said, shared or written about against you. Most people probably don’t remember the name Amy Palumbo, a beauty queen from New Jersey in 2007 who almost lost her crown because “a friend” copied a picture from her Facebook page, that she only shared with “close friends”, decided to copy some pictures and send them to the press. That same type of thing still happens because people trust their “friends” without actually being great friends with those same people. The only person you can truly trust in life is yourself (some of you are thinking you can trust your parents but think about it; how many of you have had your parents tell an embarrassing story about you when you were younger lol).

Third, when you want to share an opinion and decide you don’t want to choose your words carefully (aka, be politically correct, which some people think is a bad idea until they get in trouble…) you never know how your thoughts are going to be taken (and misinterpreted, intentionally or not) and spread out to the masses showing how bad a person you are.

No one likes fake, no matter whether it’s in a blog, an article, Twitter, Facebook, or in real life. That’s why I always tell people to write honestly and be open about things, such as I was when I talked about my loss of focus due to years of being diabetic. In that article I gave a lot of information about myself as I talked about diabetes and health, but there’s a lot of stuff I didn’t mention because… it’s no one’s business. That was a post where I was trying to be helpful long term; you can’t help anyone if you’re not open, but you only hurt yourself if you tell everything.

There’s always a fine balance between truth and too much truth. As an example, I could say my wife and I have never had kids and leave it at that instead of saying my wife and I tried to have kids but she had 3 miscarriages (that didn’t happen; it’s just an example). If it was true, the 2nd part could hurt my wife and embarrass her if any of her friends read it but didn’t know about it previously (reiterating that this isn’t true! lol). You understand what I’m saying, right? Right?!?!?

Great! Now I can end with this video I did going into a bit more detail on that 100 Things list; enjoy!

20 thoughts on “Being Truthful And Open Without Telling It All”