I’m glad I understand SEO. If I didn’t, I could be one of those people who falls for those emails that show up saying “I found your site and noticed that you’re not ranked on the first page of Google. We can take care of that for you with a free assessment.” Those aren’t the exact words, but I’m betting most of you that have a website have seen something like that here and there. 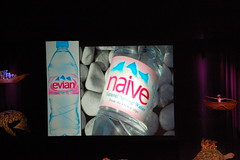 Or maybe you see something like this in your comments if you have a blog: “Wow, you’re really smart and this post is amazing. I’m going to subscribe and read everything you write from now on.” Tugs at your ego in a positive way doesn’t it?
END_OF_DOCUMENT_TOKEN_TO_BE_REPLACED

Just over 3 years ago I posted my shortest article in 5 years on this blog when I wrote basically a few lines and embedded the same video I’m embedding here. This time, however, I have a story concerning the same topic, which is to tell y’all why you need to verify information you share with others before you put it out into the mainstream… whatever…

I’ve talked about a plugin I use on Facebook called F.B. Purity, which I use to block out things I don’t want to see. I use it to block subjects and it works well there. However, when it comes to images, your only choices are to block all images or let them through. I get that since it can’t determine what an image might be, and it seems to be overkill to not see any images whatsoever so I let them through.

Yesterday, someone I just recently connected with on there via Empire Avenue put up a picture that showed in my stream. It was a picture of Hillary Clinton from 1973 when she was part of the legal group that was trying to have Richard Nixon impeached. There was a quote from some guy (I don’t remember his name right now) who supposedly said something to the effect that he fired her in 1975 because she was a liar and untrustworthy and he wished he could have her disbarred.

I’d never seen this guy’s name and never knew anything about her early history so I decided to look it up. Lo and behold, I found the story on Snopes, which we all know, and there was a long detailed writeup of it… and it turned out to be false. False on many levels, but the main thing is that he never fired her because she didn’t report to him, ever. He said it, often in fact once Bill Clinton started running for office, but many times he had to recant it because even he knew it wasn’t true. That’s the only part I’m addressing here, but you can check out the story if you’re in the mood.

I stated that and she said that they always seemed to have an agenda and she thought that’s what this was.

Agenda? Snopes? Since when it the truth agenda? When things are true they say they’re true, and when they’re not they say they’re not. They do a lot of research and always offer proof one way or another; where’s the agenda in that? It’s not like Faux Spews after all (that’s what I call them lol).

I wrote her back saying that even if everything else was thrown out that they’d written, there couldn’t be any denying that he didn’t fire her for multiple reasons. One, she didn’t work under him. Two, she worked at that law firm until 1977 when he said he’d fired her in 1975, Three, he himself had recanted in multiple places, though then he’d say he wished he had fired her. I mean, dude’s really got it hard against her for some reason and, other than Republicans, he seems to be the only one (supposedly he’s a Democrat).

Then she said that she didn’t like the tone of my message and that if I wrote anything else she was going to delete anymore comments. Hey, I didn’t start this! Still, I figured that I had never invested any real time in this woman I didn’t know so I unfriended her there and on Twitter, sold any stock I’d bought in her profile on Empire Avenue, and moved on with life.

This points out two things.

One is the obvious one, since it’s the title of this post; verify your stuff when you put it online, because someone is going to call you on it eventually… unless you have a lot of stupid friends.

The other is that if you can’t handle what might come your way based on what you put up anywhere on social media… don’t put it up! Sure, there are times when an attack comes in some fashion that you weren’t expecting, but everything someone says to you shouldn’t be taken personally. Even when you get a stupid comment from someone who tells you that you should have written something in a different way (well, that was personal lol).

In any case, I not only wrote on the topic previously but, as you can see, I did a video on it, giving a different example of what was going on at the time. So, enjoy that as well.

Well, yesterday was an interesting day in this country, at least in Florida. I decided that I needed to address this issue, especially on this blog, and further decided that it needed to be a video. The title speaks for itself; anyway, here’s the video:

I hope I got my point across, and I’m doubting there’s anyone who can dispute what I said there. Yeah, I know, it might take some time here and there to do it, but in many cases I think it’s important enough to do. You never know who you might hurt by not doing it.