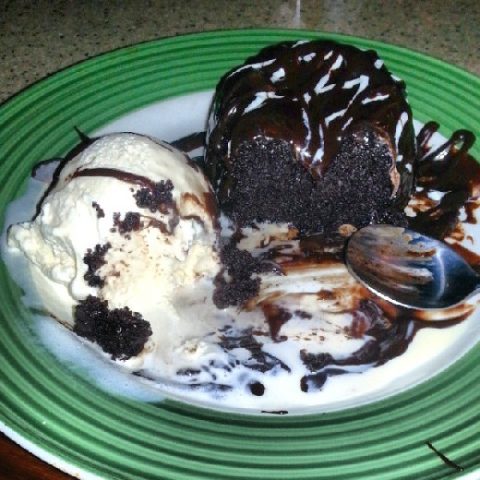 In the United States, everyone has the right to express their opinion. What everyone doesn’t have a right to do is state their opinion and not have someone else disagree with it if they choose to. It’s the reason why so many people can love the movie Frozen (count me in) and a few can say they think it’s overrated. It’s the reason why so many young girls love Justin Bieber to the end of the world and others hate his guts (I don’t have an opinion either way).
END_OF_DOCUMENT_TOKEN_TO_BE_REPLACED

Did that title get you to come or were you coming over anyway? Either way, this will be an interesting post as I justify when it might be legit for you to take content that was previously online and use it on your blog. And, in my opinion, it’s not stealing.

Just to get this out of the way, in my opinion stealing is bad; don’t do that! However, I don’t think it’s stealing when it involves you and there’s no one else getting benefit out of it that maybe you can. Now, explanations.

First, I’ve written a lot of guest posts. Those I’ve written I was asked to write and contribute to those blogs. What I’ve found here and there is that sometimes those blogs go away; actually, it seems to happen more often than one might imagine, and we’re not talking blogs that have no visitors or traffic either.

Occasionally I’ll do a search on my name, which isn’t easy because of Jimi Hendrix’ former drummer. So I’ll use the name of a blog or a particular topic to help me drill down to mostly it being me.

Thus, there are a few articles on this blog over the past couple of years that I actually wrote for someone else that disappeared… kind of. I’ll get back to that later.

Anyway, the blog is gone and I know the article was pretty good. How do I know that? Because I follow my own rules for guest posting and try to write something so epic that people will wonder who this guy is who wrote that post and want to come over here to see more. Of course that doesn’t happen in real life but it’s what I strive for.

So I’ve posted those articles here. If I told you which articles they were you’d go on Google, look them up, and probably not find them; yeah, I’m that good. 🙂 Where are they, and how did I find them? More on that later…

Something else I’ve found is where someone has interviewed me on their blog and then shut their blog down. In this one particular case the blog was shut down for a couple of years, it back now but all old content was removed so it’s like the person is starting from scratch.

Once again, I’ve found a couple of these, and in a minute I’m going to share a portion of that interview without telling you where I got it from. Of course this time around you might get lucky to find it… or not… but it doesn’t matter. Since it involves me and I was happy with it at the time (it’s not overly deep but publicity is publicity), and now that it’s not out there I’d like to get it back into the mainstream… so to speak…

Now the big reveal; where did I get these things?

There’s a website called the Internet Archive Wayback Machine (think techie Mr. Peabody) that pretty much saves copies of old content, whether it’s still live or not. If you ever have your blog eliminated and you didn’t save your content you can probably find it here; thank goodness for that!

It’s here that I found the text of the interview I did, and to segregate it from everything else I’m putting it in blockquote format. I’ll finish my initial thought before doing that by asking you if you think my logic is sound, or if you think that once something’s in another place, even if you originally wrote it or were the subject of it, that it should remain with the other entity. Go ahead and give me your opinion… after reading a portion of this interview:

Mitch Mitchell is an incredible blogger. He’s the blogger who promises never to be dull, deliver SEO and marketing advice & be honest in the process.

You can find his blog over at I’m Just Sharing. What I love about Mitch is his candid, honest way of writing. When visiting his blog I know it will be all Mitch – 100%.

Who do you look up to?

It’s kind of an odd question so I’m going to give kind of an odd answer; no one. There are some people I respect as far as blogging goes, but in an odd way I find it hard to say I look up to anyone I’m older than.

In what ways do you build traffic to your blog?

I work on building traffic in many ways.

Every blog post goes to Twitter from all four of my blogs. I also use some RSS coding to highlight at least one of my other blogs on each blog site. One of my blogs automatically posts to LinkedIn while another automatically posts to Facebook. Overall, my biggest traffic building comes from the blogging community, as I comment on a lot of blogs and build up a repertoire with many of them.

What are some of your passions?

Blogging is actually a passion of mine, along with writing in general. I love poker and playing chess as well. I also like watching certain movies over and over, along with certain TV shows that involve anything Trek or X-Files.

Why do you enjoy blogging?

As long as you’re honest and fair you build trust in people whether they agree with you or not.

Blogging is a great way to express yourself to others and see if your opinions matter to anyone else. It’s great when you make connections with others, and it’s interesting when you find some people who disagree with you. As long as you’re honest and fair you build trust in people whether they agree with you or not.

What do you wish you would have known sooner regarding internet marketing?

Goodness, there’s things I wish I knew even now! Overall, I wish I’d known sooner that just building a website and putting products on it doesn’t mean people will visit and/or buy. Many people are sold a bill of goods on that one, and it just doesn’t work that way. It’s called “marketing” for a reason.

I tend to think that most bloggers find reasons they can’t just write as much as they want to and thus end up beating themselves up to write posts. I average more than 5 posts a week and often go weeks writing a post a day. I always have something to say and something to write about and I think other people would if they viewed their lives as a story worth telling rather than not seeing themselves as something special. Everyone’s special; gotta believe that.

How do you find happiness?

Actually, I find most happiness in the simplest things.

Laughter really is great medicine; I hope everyone takes some many times a day.

I get enjoyment out of blogging and writing and talking to all my online friends. And of course I get enjoyment spending time with my wife, since we have the same sense of humor.

Laughter really is great medicine; I hope everyone takes some many times a day.