A couple of years ago I wrote a pretty comprehensive post titled 31 Big Mistakes People Make Blogging And In Social Media. It’s still one of my post popular posts, and it almost reached 100 comments (okay, 50 comments since the other half are mine lol). 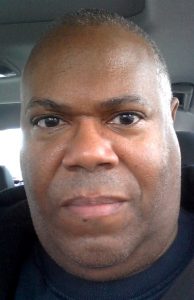 One thing bloggers need to know is that sometimes you have to rehash a particular topic because time goes by, and you’re not marketing some posts as much as the articles get older. You can either address the entire post or you can bring over elements from a previous post and add new items. If you bring previous topics you need to be ready to write about them in a different way.
END_OF_DOCUMENT_TOKEN_TO_BE_REPLACED

I like this day for some reason so I decided that instead of a very long post like normal I’d address the overall issue of social media… in fewer words than I normally do. Paul Inkles via Compfight
I have to admit that overall I like social media a lot. I don’t love it… mainly because of the bad things about it that irritates my last nerve! I know I’m not alone on this one, but I figure it’s my list of things so I’ll talk about what I believe are mistakes people in general make.

Two things. One, if you’re not making these mistakes then obviously this isn’t about you, but you can still comment because I’m betting some of these things will irritate you. Two, a couple of these irritate me less than other things, but if folks corrected them we’d all be happier and your online life would be better also. Here we go!

1. Add a picture to your profiles.

Really, who do you think you’re hiding from? If I wanted to I could track 95% of you on a bad day, and others can also. If you’re going to be online and want to talk to people add an image. If you want to do business online add a picture of yourself. Logos are at least something but unless people always know your business they’ll do more business with people they like, and they can’t like you without a picture of you.

2. Stop pushing your sales every chance you get.

I get it; you want to make money. So do I. However, no one buys from people they don’t like or know, and if all they know about you is that you’re selling something they’re not going to buy from you because they don’t know you. kris krüg via Compfight
3. Don’t be a troll.

I hate trolls with a passion. They don’t offer anything worth bothering over, and get their kicks from making others have to deal with them in public. However, sometimes there are unintentional trolls; I came across a lot of them during the 2008 presidential election and dropped lots of people I previously thought I liked online… and never went back. If I did it, others will do it also; trust me on this one.

I’ve been putting a lot of content on LinkedIn lately. Some of it is related to health care topics because, when all is said and done, I’m a health care finance consultant. What happens every once in a while is some idiot (aka troll) comes along and drops, in essence, an “it’s Obama’s fault (since I refuse to use the pejorative term for the ACA)… when it has nothing to do with the topic. If you have an agenda, create your own topic and put it there; leave others alone.

5. Stop sharing things that you haven’t verified because they might not be true.

I got into a minor disagreement one night on Facebook because this woman posted something that was blatantly false. She didn’t believe me so I gave her 4 or 5 sources showing her it was false. Instead of believing those she said I was bullying her (she started the thing in my opinion) and would believe what she wanted to believe. If you’re too lazy to check your facts and you get called on it, don’t take it out on the messenger. However, if it sounds outrageous to begin with and you’re posting it… well, just stop doing it.

6. Stop sending stuff out looking for people to participate in something to make you feel good. 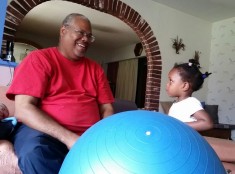 There’s nothing wrong with sharing your stuff with people you know. It’s another thing to share something or create something where, for people to prove how much they care about you, they have to share it or comment or it or do what it says in relation to you. Believe it or not, social media really isn’t all about you… or me (though it should be lol).

7. Know your platforms and what works best on them.

LinkedIn is supposed to be for business. Yet, lately there are a lot of people putting up the same kinds of pictures and jokes that used to be relegated to Facebook, where they actually belong.

LinkedIn is for business. Facebook is for friends & family. Twitter is for immediate engagement. Google Plus is for… well… I’m still not really sure, but I know it’s not for family and not truly for business. But images look great there. lol

8. Just because you like the latest and greatest thing doesn’t mean you need to keep trying to get me to join all of them.

There was a time when I could keep up with all the latest social media platforms, apps and the like; not anymore. Truthfully, I don’t care all that much about them; when I’m ready I’ll find what I need and move on from there. However, I get tons of email from people I know (and some I don’t think I do) introducing me to the newest thing and inviting me to join them there. You know what; write about it on your blog, and I’ll eventually see it.

I love Twitter because I get to talk to new people all the time. Yet, there are a lot of people I reach out to that never respond. The same happens here and there on LinkedIn and Facebook and even Google Plus. Thing is, I almost never connect with anyone first; people connect with me, I evaluate and make a determination if I might have some common interest with them.

There, 9 things… of course, it turned out to be much longer than I anticipated. That’s how it goes sometimes. So, comment, then share, and I’ll see what I can do for you as well. Have a wonderful day.