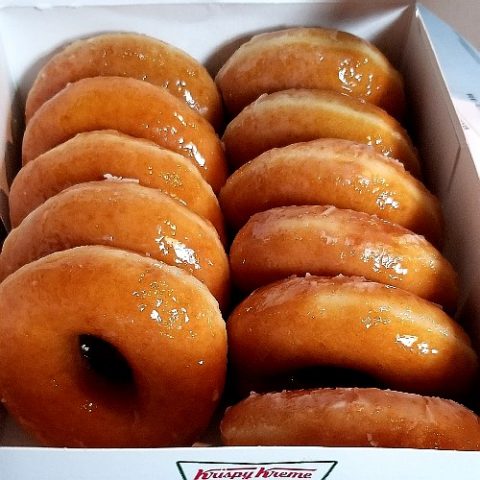 1. Did you know that you could survive more than 60 days without food if you at least have something legitimate to drink? That doesn’t mean it’s great living, but it’s survival. That means you’d have a chance to overcome whatever problems you might have if that’s the reason why you can’t or don’t have food to eat.
END_OF_DOCUMENT_TOKEN_TO_BE_REPLACED

How many of you eat tuna fish? I know a few are going to say they don’t, but did you know that tuna is ranked as the most favored fish in the United States, with more than twice as many people eating it than salmon, which is #2? I was stunned by both of these because when I go to restaurants, most of the time they serve either haddock or cod. But these don’t seem to translate well to eating at home, which is why tuna and salmon rank so high.

You know one of the strange things about tuna? It’s not a pretty food. Look at this picture of some tuna I made up the way I like it. When I posted this picture on Instagram some months ago and had it also going to Facebook, it was universally hated for its appearance. Yet, I know that all tuna looks pretty much like this after it’s been mixed with people’s favorite ingredients; have you ever seen Subway’s tuna?

Do I have a point? Of course! Lately there’s been a lot of discussion about what people’s blogs look like. I covered some of that on my previous post where I said if a website or blog works for you then go with it. I also said that it’s possible that people might not necessarily agree with you and that if they decide to stay away and you’re okay with it then fine, but if you want visitors you might decide to make some changes.

In my opinion, it’s not the look of blogs that drives people away as much as what a blog has to say. There are some very ugly and plain websites that draw thousands of visits a day. Why? Because someone found their content compelling enough to keep them coming and indirectly got them to share the content to help make them popular.

This isn’t a slam on pretty websites or on fancy themes. They can be as pleasing and tempting as the dish on the left. It’s a postulation if you will that states content really matters a lot more than what one’s blog looks like. The idea of having a website look professional is a big one, but professional can be minimalistic as well as fancy-dancy with all sorts of things popping out and videos and music automatically playing and flash pages and… well, you get my drift. You don’t have to pay hundreds of dollars for a blog theme unless you really want to.