Most of you know that Mitchell Allen of Morpho Designs and I are pretty good friends. We play email chess together and work on encouraging each other to do great things. He’s also one of the most creative writers I know. I’ll admit that I may not always understand it, but it challenges me, which doesn’t happen all that often. I asked him to write this guest post on his thinking process and, well, how he comes up with his stuff; this is his response. 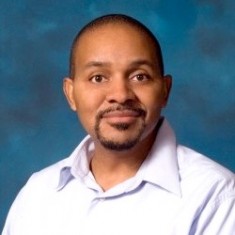 I often get asked this question when I post a piece of fiction. I love answering the question because, over the years, I can see how my answers evolve. I take more credit for the process than I used to. Yet, I’m quick to acknowledge that elusive spark when I’m at a loss to explain where that stuff came from.

The first time I answered this question, I was the one who asked. I’m introspective like that. So I sat down, a man beside himself, and worked out this whole left-brain, right-brain dichotomy. A conversation sprang up between Elbe and Arby (get it?) Elbe was all analytical, while Arby simply tried to keep the words flowing gracefully. When the two had shut up, I was satisfied with the result. Elbe the Engineer and Arby the Artist had carved up my poor brain and staked their claims to the creation process.

If I am asked today, it’s likely to be from the writer folks at CreativeCopyChallenge.com. Twice a week, we write stuff, based on a list of ten word prompts. In this instance, the whole idea of a creative spark seems to be more relevant.

I have written entries on that site that leave me shaking my head. Other times, I have been in conscious creation mode, as when I wrote the chapters of Sisterhood of the Void, a science fiction story. When my writing buddies ask me the question, I usually tell them which word set off the chain-reaction.

To be honest, I misappropriated the nine ladies of the arts. I didn’t know I was supposed to invoke them before setting my pen to paper. I just thought it was cool how writers personified the essence of their creative force. So, I name-dropped them collectively. I made up assignments for them, such as tending to the seeds of creative ideas. In general, I pawned off much of the credit for my ideas to these mythical mistresses.

Let’s be clear, I’m being metaphorical. There are a lot of crazy people in my head, but they’re all real! They talk to me every day and, none of them is named Thalia.

In truth, I don’t think most people really care where anyone gets their ideas. We’ve all seen enough mind-blowing brilliance from writers that we know the answer is simple. It is magic. And, just as the magician chooses not to reveal the secrets of the guild, we writers shouldn’t work too hard to analyze our mental sausage factories. Rather, we should invoke a few juicy images, roll them around in dirt and hold them up for a quick peek before putting the whole mess into our carryalls.

The next time someone asks me where I come up with my ideas, I’m going to assume the real statement is one of wonderment: “How did you do that?”

There are some people who really, really want to know. If that’s you, I’ll let Elbe and Arby take over. One or the other character is always spouting off on my blog.

You can read the result of the conversation between Elbe and Arby on my 2008 Father’s Day Introspective.

Elbe gets jiggy with it, expounding on the use of allegory to understand stuff.

Arby dreamily replies, telling Elbe that he should loosen up and just let things go.

And, when I can’t take their bickering any longer my head explodes.

A final thought: when Elbe dominates, I write poetry, because Elbe is obsessed with meter. When Arby is ascendant, I kick out some vignettes. When all three of us are humming, we work on science fiction stories.

“I had to choose between being the funny dad or the creative dad.

However, when I stepped into the plasma, I tripped over a roller skate.

The result was a mad scientist who cackles a lot.”

26 thoughts on “Where Do You Come Up With This Stuff? – Guest Post”