Two weeks ago on my business blog, I wrote a post titled Do We Have To Talk To Each Other? The premise of the post was that there are times when it’s probably better not to have interactions with someone else because not every person you encounter has to be deemed as someone you have to have a crucial conversation with. If it’s work related in a company and you need to do business, that’s one thing, but in your personal life, why would you want to consistently go through that type of thing? 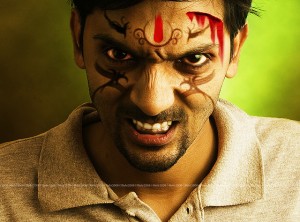 here are things I normally don’t like to discuss, but every once in a while, in my own space, I’ll get off a bomb here and there.

For instance, I don’t like the way the state of politics is in our country right now. Suffice it to say, my politics is totally against the party of “no”, and I don’t like how they’ve consistently lied to the American public about health care and about President Obama personally. I was particularly intrigued by this post on The Slate titled Why Won’t Any Republicans Condemn the “Obama is a Muslim” Myth? Don’t even let me start talking about this thing with the guy who’s going to be burning Quran’s (they keep changing the spelling of this thing; someone needs to decide on it one way or another and leave it be) this weekend, because my overall take wouldn’t be what someone might expect from me.

Having said that, I’ve realized over time that there are some battles you just can’t win, especially online. It’s not necessarily whether you’re correct or not. It has to do with distance and perspective.

Back in the early 90’s I was on bulletin board systems, the early versions of forums for those of you too young to remember. There was this particular forum I was in where some people came in just to be naysayers and cause trouble. They weren’t overly interested in the topic or in discussing issues; they just wanted to jam up the works.

This one guy in particular got on my nerves so much that I decided I was going to track him down. And I did; guess what? It turned out he was only a 90-minute drive away.

I got his real name, got his address and phone number, and I was ready to go. But I decided instead to let him know I had his information and that I just might pop down for a “face to face conversation” (sometimes I have a mean streak; I’m working on that lol).

In the forum I outed him, with his real name and the dorm he lived in; yes, he turned out to be a college student. I didn’t give his phone number or the name of the college, but he knew I had the goods on him. He wrote back saying if I showed up he would call the police and have me arrested for harassment, and that he would sue me for everything I had; good thing I had nothing back then. He deleted his account and never bothered any of us again. It didn’t stop anyone else, but I had my proof.

People tend to behave differently in person than they do online. Not everyone of course; I’ve met some wonderful people. But nasty people are a different matter. They’re not trying to be civil; they don’t care about you or your space. It may not always seem to be intentional, but there are patterns that happen, “track record” as I like to call it.

Sometimes, it’s not that drastic. There are some of us who just can’t get along with others. It’s unknown what the reason is, but it happens.

I have an interesting track record myself. People who meet me say that if you can’t get along with me, you have a problem. I appreciate that, but I also know I’m not every person’s cup of tea.

I’m a bit too politically correct for many. I’m also a bit of a hothead when I feel it’s justified, and I go for the throat. I’ve told friends that it’s never good enough to get even; you have to go for the jugular so you never have to deal with it again. That’s a concept the book Ender’s Game by Orson Scott Card captured perfectly; it’s a great book and one I’d recommend to anyone who likes science fiction that’s not too far away from the world we could recognize. It’s a reason I’ve only ever had 2 practical jokes pulled on me and why I ended up having few fights as a kid. 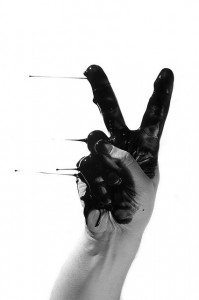 However, I’ve come to an epiphany at this juncture. I’m now 51, and I know that realistically I’ve lived more than 2/3rds of my life. I have the right to decide if I want to spend any of that time arguing with people whose minds I’m never going to change or just leaving it alone and keeping some peace in my life. I’ve decided I’m going to try to go the peaceful route. If I feel that I’m starting to get mad at something, I’m going to leave it be, at least as it pertains to me. I need to work harder on de-stressing my life by not commenting.

If I feel the need to come to someone’s defense, I’m still going to do that; trying to save the world, as my wife says, but my big 3 are loyalty, respect, and trustworthiness. I’m loyal to my friends and people I like; I hope I’ve proven that often enough over the years both online and offline.

So, if you don’t see me respond to a certain post here and there, trust me, it’s probably a good thing. Social media has brought the world closer, but it’s also brought a lot of people together who aren’t really prepared to play well with each other sometimes. On Twitter I’m sometimes more political than I want to be; I think I’ve struck the correct balance on this blog. I tend to think that all of us have to try to take some time to look at what we see when we’re being responded to, but we also have to be ready to defend ourselves as well as try as best we can to get our proper message across. I add a smiley face a lot, or a “lol” to make sure people take what I’m saying as tongue in cheek fun. If you misunderstand that, I’m not giving a second chance anymore. I need to de-stress my life.

Who’s with me on this one?