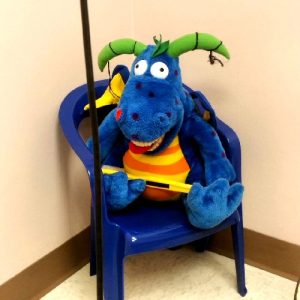 I get comments on almost every blog post I put out. On this blog in 2019, only one of my posts (talking about promotion no less) didn’t get a comment. But I have had a couple of posts that only got one or two comments; that’s disappointing. Still, I did have one post this year that got 22 comments; I’ll take what I can get.

It’s disappointing for more than one reason. Over the last couple of years, I’ve worked hard on improving the type of posts I write, no matter the topic. I’m also promoting my articles from this blog more often on social media, especially on Twitter (I promote articles from my business blog on LinkedIn and my Facebook business page).

I’ve written longer blog posts for the last 5 or 6 years, and I make sure I’m thorough. Some might say no one wants to read long posts, but that’s counter to what most statistics show. Obviously I don’t believe that’s the problem.

The issue these days is the competition with social media and the proliferation of around 500 million blogs, active or not, which accounts for over 2 million blog posts daily. As a writer, that’s hard to conceive keeping up with; as a reader, I know I’m missing a lot.

What about myself as a commenter? That’s interesting. I still comment on blogs, but not as much as I used to. In the period between 2008 and 2011, it was my goal to comment on at least 10 blogs a day. I used to follow over 160 blogs at a time, so I always found something to say somewhere. These days I’m following less than 20, but not for a lack of trying. When my hard drive crashed last October because of a Windows 10 update, I lost everything on that drive eventually, which included my large RSS feeds file. I found a backup on my laptop, but it wasn’t as comprehensive as the one on my desktop.

To be transparent, I actually get tons of “comments”… that is, if we want to count spam. If I only cared about numbers instead of quality (and didn’t mind comments promoting escort services in India, which I didn’t even know was a thing), I’d have nearly 100 comments per post. But we all know better… don’t we? lol

Regardless, my numbers are down, but I’m not alone. I was checking out some of the big name bloggers from my past who are still writing content, and I noticed the number of comments they get aren’t close to what they used to be.

In a way I guess I should be happy. I’ve seen the quality of comments on Flipboard stories and news sites; I’d delete almost everything that showed up on my blog looking like that. I don’t understand why people bother if they really don’t have anything to say or do except be snarky.

The lack of comments or good comments might be contributing to the growing number of people who don’t accept comments on their sites any longer. Not only that, but when they decide they’re no longer accepting comments, almost all of them remove previous comments from previous posts; I don’t know if that’s mandatory or not, but it’s stunning.

I think it depends on what’s most important to you. I can only define what’s worth my time, not anyone else’s.

I figure that blogging and promoting on social media is still the best way to go to promote myself and my “product”, which is mainly article writing and content creation and myself. Without that, all I have is YouTube; how scary is that in today’s age?

What do you think about blog comments these days? Would you comment if you had an opinion on it? Let’s find out! 😉

26 thoughts on “Why Don’t More People Comment On Blogs?”