If you’re a Twitter user and not a part of what’s known as “Follow Friday” or “#FF“, I’ll bet you’re tired of seeing those types of messages. You’re lucky if you see either of those two phrases above because those are easily blocked; I’ll come back to that in a minute or two. 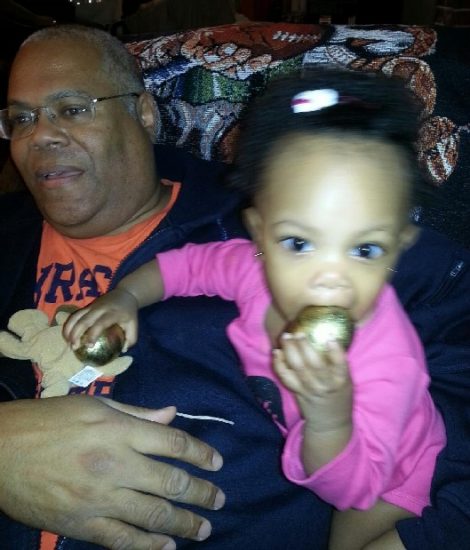 If you reply “all” she’s eating this!

If you don’t see either of those particular missives but you’re still included in a group notification with lots of other Twitter folks you probably don’t know, you’ve found yourself in the Twitter version of “reply all” that almost everyone cringes at as a consequence of a group email.

What’s the problem? Just like “reply all”, if the names aren’t blind copied, all it takes is one person to decide to hit “reply all”, and suddenly there are tons of email messages going all over the place where probably only two or three individuals are doing all the talking and the rest of us have our inbox bombarded unnecessarily.

Whereas we have the blind copy option on email, there’s no such thing on Twitter… kind of. I just learned last week how to get out of all those floating group messages, but it takes a bit more effort if you’re not a regular user of the Twitter webpage or the specific Twitter apps on your iPhone or any other phone. As I said earlier, I’ll come back to this as well.

This was a problem when we had only 140 characters, but 280 makes it feel more extreme. Even though I’m not a fan of becoming part of one of these big messages when people start talking to each other (usually only 2 or 3), I understand why the first person might do it. It’s a sense of community being engendered, but what helps clog things up are all the people who “like” the message rather than actually say anything. Then at least half those people retweet it as a followup… can I say “UGH!” lol

You only have this problem on Twitter. LinkedIn doesn’t allow you to tag multiple people into a single message. Facebook does allow you to do so, but likes are handled differently in the mainstream. You can mute any post you don’t want to be a part of, and if you’ve been included in a group Messenger post you can always leave the conversation… openly and digitally slapping the originator in the face; ouch!

I’d like to make both some suggestions on how people should actually be doing this as well as telling the rest of you how you can gain some peace from these messages after the fact.

1. Twitter allows you to hide or block individual people as well as words or phrases you don’t want to see. Almost every other Twitter app does the same thing, but I’m going to tell you how to use Twitter to do it.

What you do is go to your Twitter page, then either click on your avatar at the top right next to the Tweet button or click on your profile image, which will take you to a secondary page. Both clicking on the avatar or going to the second page allows you to go into “Settings and Privacy”.

Once you’re there, you can either click on Muted Accounts or Muted Words; let’s go to Muted Words for now. When you click on it you’ll get a warning message telling you that any word you add won’t come up again in your stream. If you’re like me and already have words or phrases there, you’re probably good. If not, click on the Add button, then type in what you don’t want to see and hit Add again.

You can only add one word or phrase at a time, but the menu will stay open until you’ve added all the words you want to block. When you’re done, click on the X to close the menu and you’re done with that part. Then you’ll never see those words again; yay! 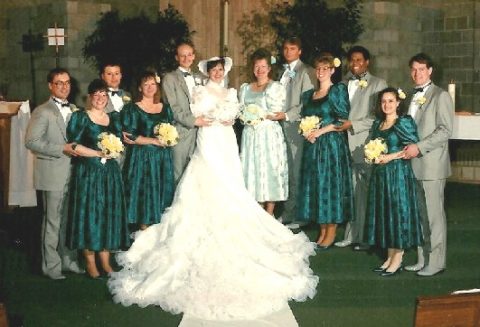 2. If you’re included in a group message and you don’t want to see any followup messages, go to your main Twitter page and click on Notifications, which is at the top. Scroll down to the offending message, then click on the little arrow to the right.

It’ll open a menu where you can decide if you want to mute the person who initiated the conversation (which would be pretty mean unless you don’t want to be connected to that person any longer) or mute the conversation. Muting the conversation means you won’t be a part of any of the like/retweet nonsense, as well as missing out on the few back and forth messages that are inevitable.

3. This next suggestion is a bit convoluted, but there’s a way to respond to only one of the people in a group conversation without responding to everyone. Twitter apps do it so much better than the website (I don’t know about the generic Twitter app since I’ve never used it), so if you’re using one of those you’ll have to figure it out. Let’s learn how to do it via the website.

Once again, you first go to notifications, then find the message you want to consider. Underneath the message you’ll see 4 icons giving you different options. Click the first one on the left, which looks like a word bubble; if you hover over it it’ll say “reply”. You’ll get a menu showing you the message and giving you the option of responding to everyone who’s part of the original post.

Click every check mark for every person you won’t want to respond to, then click Save, and it’ll take you back to the message box and whatever you type will only go to the originator and anyone else you still want to be a part of your conversation.

Obviously all of us hopes that the majority of people would already know this, but since it’s apparent they don’t, it behooves you to make peace for yourself by taking care of it yourself and getting on with your life. None of my apps could block group messages unless I wanted to mute every single person that was a part of it. With #2, my life is better, and if more people start using #3, other people’s life will be better.