Lisa Sicard of Inspire To Thrive is a long time participant on this blog, almost 7 years now. In that time she’s switched from working at a newspaper to becoming self employed months ago. She wrote a book titled How To Tweet And Thrive On Twitter in 2017, which I wrote a review about. 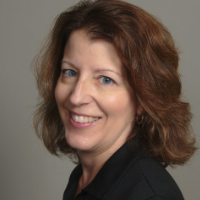 Lisa Sicard
Since becoming self employed, she’s started writing more often on her site. Topics include blogging, social media, and business tips. I’m sure after you learn a bit more about her you’re going to check her business and blog out. Let’s get into the interview:
END_OF_DOCUMENT_TOKEN_TO_BE_REPLACED

Last year on this date I celebrated my 10th year of working for myself. I love milestones obviously and I thought that was an important one because most people that try to work on their own don’t even make 5 years.

And yet, that was more of a nostalgic post about me than about anything else, and that’s fine overall. But this year, on this blog (since that post above goes to my business blog) I decided to share some lessons I’ve learned in these 11 years. They’re not all good lessons on the surface, but they all contribute in some fashion to helping others, and still helping myself, to improve in some fashion, whether you work on your own or not. Here we go:

1. Most people really aren’t prepared to do this. When I started my business I hadn’t actually planned on starting it then. I was working up to starting six months later, but circumstances were out of my hands. Still, even if I’d started six months later I wouldn’t have been prepared for what was coming. The book Before You Quit Your Job by Robert Kiyosaki hadn’t been written yet, and I didn’t know what I didn’t know, let alone what I knew. Preparation really is key, and it might have made some decisions I made a lot smarter.

2. Getting comfortable with marketing and sales is going to be crucial. You know the people who make me sick? Those that say “I don’t have to market because I get all my business by referral. Trust me, unless you’re an old salt who was in a particular business for 30 years and everyone knows you you’re going to have to market at some point. And if you’re like me, coming from a non-profit background where we were the only game in town, you’re going to have to learn a lot about it. Man, the mistakes I made, and the mistakes I continue to make would make for a book that some would claim was stranger than fiction.

3. You’re going to have your ego bruised, and it could be crushing. You won’t believe this, but my actual employed working life was about 85% perfect over the course of 18 years. I always got lots of kudos for the work I did and I got along with almost everyone. I knew my stuff cold; no one could tell me I didn’t know how to fix anything, or come up with the correct thing to do.

But on my own? People question you even if they hire you because they don’t want to do what you recommend to them. The first guy who read the first 25% of my book asked me if I’d ever written anything in my life because it was the worst thing he’d ever seen. My first newsletter got so many bad comments, none on the content though, that I almost decided I was never going to publish one.

I worked with a guy in NYC that decided to try to tell people I was the worst consultant he’d ever seen (luckily, his reputation was so bad that people saw that as a good thing). I’ve had people who didn’t know me well hear me say things I didn’t say and not hear things I did say, and I took the blame for it. And even after all these years, all the articles and blogs I have online and the speaking engagements I’ve done, every day I have to start again because there’s still 99.9963% of potential clients who have no idea who I am or what I do.

4. Cash flow is going to be a major problem. My first year of working on my own I only made $7,000; good thing I had great credit and unemployment. My first 3 years were really tough. My next 3 years were awesome. My last 4 years have been fair to middlin’. If I wasn’t a great budgeter and someone who has figured out the hustle when it’s really needed I might be in big trouble now. As it is all big bills are paid except for my mortgage; whew! But none of it would be possible without my wife’s help and her insurance.

5. Time is not your friend. I have never missed a deadline on a project, but I have worked some extreme hours at times. For one project that had to be done for a client in a time zone 10 hours ahead of ours, I had 10 hours of sleep in 3 days because they really needed it. I got paid well for it, but it was a killer. Early on I used to work 20 hours a day; now I’m down to about 10 – 12 hours a day but I kill time here and there for balance, and still only sleep maybe 5 or 6 hours if lucky.

On the other end, I always feel like marketing at 10PM and never during the day; that’s obviously a problem. I’m always at work since I work from home and I’m always working for that next dollar. When cash flow is low there’s not enough time in the day to look for contracts, work on contracts, and eat.

6. Staying healthy in general stops being a priority. I mentioned eating as an issue, but there are other things we need to take care of. In the summer I tend to walk a lot. In the winter I usually did nothing, and since I sit at the computer almost all day and all night it was affecting my health. I ended up joining a gym so I’d take care of some of those issues when it gets cold, and I continue walking in the summer. I’ve had to schedule my time during the day to take a break and eat, otherwise I’d miss it.

I’ve had to schedule when I take medication and when to brush my teeth, otherwise I won’t do it. I need to schedule when to work out. And now, at least once an hour, I get up from my desk and walk to the kitchen and back because it’s the longest distance from my office, 65 steps. And I’ve lost 20 pounds, and still working on it; have to work on making health a priority.

7. The good times aren’t constant but when they’re good, they’re great. How great are they? There’s absolutely no pressure when the good times come. I bought two cars with a check and no financing. I went to lots of conferences. I ate lunch out every day. I paid someone else to try some marketing for me. And I budgeted because I knew there would need to be some balance; thank goodness for that foresight.

8. The freedom is amazing. You know, even through the bad times and the pressure, there’s a freedom that’s unparallelled. You might work a lot of hours but you know that at the end of it you’re the one benefiting from it, along with those you’re doing work for, not some employer who could care less about you and your needs. If you get into the right career your income is dependent upon your efforts. You can make as much or as little as possible. You can pick your own hours to work. You can pretty much do anything you want to as long as you have the money to do it.

9. You learn that you really can’t do it all alone. There’s a lot of stuff I know and can do, and for the first 3 years in business I did it all. At a certain point though I realized I needed some help in different ways. I hired an accountant and that took a major load off my mind. I contacted others in my field of expertise who knew others and helped spread my name around, and I started getting some contract work from people I’d have never met otherwise.

I learned that sometimes advice you give to others is advice someone then has to give back to you when your mind has gone astray. I joined associations of people who do what I do and understand the issues of being an independent consultant because they know how to offer support. And I’ve learned how to work in collaboration with others for some projects, because even a little piece of something big is still pretty nice.

10. You need to be really judgmental in working with others. I’ve done fairly well in this regard but I have some horror stories as well. I got taken advantage of by a guy who paid me almost nothing to do 2 4-hour training sessions on a topic where I was the only one who could have done it because I hadn’t yet learned how to price my services better. I worked with another company doing some work where I never got any feedback on how to do it their way until I didn’t do it their way, and it was 7 months of frustration; if you can’t communicate with others you’re doomed to fail.

I’ve had people offer me things early on that sounded like they’d be a good deal, only to figure out they were trying to take advantage of me and trying to use me to sell their products and not sell myself, without being paid for it. And I’ve had people who agreed to pay me for things that never paid me, people trying to trick me by saying they were going to pay me that ended up being a scam, and people who told me one thing without being able to follow through in one way or another.

It can happen in the other direction as well though. You might be so cautious that you miss out on what would have been a great opportunity. I’m normally a good judge of character, and learned that desperation, or lack thereof, should never be considered when looking into potential opportunities or liabilities. I have a friend who saw an opportunity that looked really good because he knew the person who presented it to him and thus signed up, only to learn later on that person wasn’t actually the one running things and the person who was running things was unethical.

In general, if the Spidey senses tingle even a little bit, learn more, learn a lot more, then make an informed decision. But always trust your senses.

11. The majority of people will treat you as you treat them, so make sure your moral base is strong. Y’all know I’m not religious, so in my mind religion and morality are two different things. If you’ve been following this blog even six months you know my morals are based on three principles: loyalty, honesty and trustworthiness. I could add two more, but they’re in longer form: be as nice as possible as often as possible, and if you can’t be nice, be accurate so no one can accuse you of not thinking straight.

Yes, this was long, but so is 11 years in business for a sole proprietor. If even one person learns something from this post that will help them make better decisions down the road, I’ll be happy; of course, I’d love thousands of people to read it anyway. 🙂 But our dreams and goals are for us and no one else; keep pushing forward, keep trying, and try never to see yourself as a failure; as I always say, tomorrow is another chance to start again.