I’ve been in rant mode for the past couple of days after reading the story I’m linking to. The basics are that 5 teens between the ages of 14 and 16 not only watched a man die by drowning, and not only egged him on and made fun of him while it was happening, but shot video of it from their phones and then posted it online. 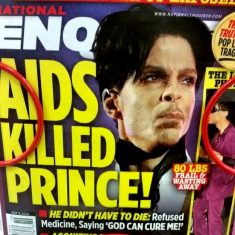 You read that correctly. They posted the video on YouTube, and not a single one of them thought it was important enough to call 911 or try to help the man to safety. Even if it’s possible that he was trying to commit suicide, I can’t imagine standing around laughing at someone trying to kill themselves even if that was the case.

What’s even more shocking is that, once the police figured out who the kids were and brought them to the police station to question them, one of the kids didn’t show any remorse whatsoever; a man’s life meant nothing to him. Isn’t that scary; the little punk psychopath!

If that wasn’t enough for you, then let’s add this story about a rape video that some juveniles shared online (that was downloaded over 100 times) who are now facing charges of distributing child pornography. It’s bad enough to know it’s a child, but would it have been any better if the girl had been older?

I’m not one of those people who’s ever jumped on the bandwagon and blamed video games for some of the violent tendencies that some young people exhibit after playing them. I’ve always figured that those folks had the tendencies in them already, and that most of the kids with the tendencies who play the games at least have an outlet to put that tendency in; there are few murders or incidents that occur because someone got juiced by playing a game, and those that do usually already had problems.

I am blaming two things though; parents and social media. I blame social media for not having enough safeguards to prevent this stuff from being uploaded to begin with. I blame parents for not monitoring what their kids are doing and for not raising them right in the first place.

Years ago I wrote a post asking what happened to modesty, where I talked about how young girls were dressed while walking around at the NY State Fair, many of them with their parents. What I found when the comments came in was parents who had daughters making excuses like “you don’t know how hard it is” while anyone without daughters or children agreed with my position. That was one of those times where the statement “you don’t get to comment on parenting because you don’t have children” falls on deaf ears.

This is another one of those times. I can understand it better when people around my age don’t understand social media or the web all that well, but it’s not people in their mid 50’s who have lots of teenagers running around (some maybe but not the majority). That falls on mostly 30-somethings, people who grew up with most of the technology we deal with today, and in my opinion they should have a better understanding of social media and should be more savvy in knowing how to monitor their children’s behavior, online and off.

Yet they don’t know, and we end up hearing stories like this one where a child committed suicide because of a social media prank pulled on him by another child, and constant news stories highlighting social media bullying by children against children.

What are the parents reactions? Shock; I’m shocked! At least the parents have enough conscious to be ashamed of what their child did to another child, even while they try to put the blame on the children and the parents of those children that end up killing themselves.

Sigh… I get it; there’s a lot of mean on social media. I know we can’t do anything about the adults, but the parents should be able to be more responsible when it comes to their children.

If you can’t handle the job, stop having kids! If you can handle your kids but can’t learn enough social media to teach them better then remove the computer from the home, or at least kill the internet connection. Be a parent. Teach your kids compassion. Teach them ethics. Teach them to be good people.

Is that too much to ask or hope for? Someone tell me!

22 thoughts on “Is Social Media Causing Our Children To Lose Their Compassion?”