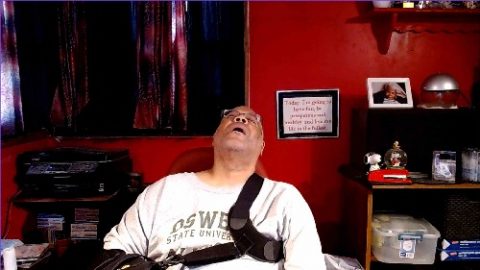 Let’s start off with this particular fact. On March 19th I had shoulder surgery on my right shoulder. I had to have the surgery to repair a couple of torn tendons, which came from a car accident I had back in 2019. I’ve been dealing with the pain because that’s what I do, but Cortizone shots stopped working and the doctor recommended that I finally have the surgery.


https://youtu.be/8V0NyCV2zeI
It’s a long video, so you might start and then decide you don’t want to watch the rest of it, but from the people who have watched all of it I guess it turns out to be compelling and an interesting indictment on the health care system, which is a shame because I’m a health care finance consultant. 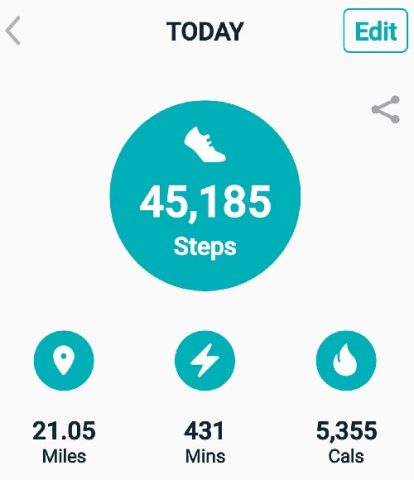 Then came last Thursday. I got to visit my mother in the rehab facility, and even though she was finally getting a little bit of help from the therapists (I addressed the issue in the long video), I wasn’t in a comforted mood when I got home. The only thing I could think of was the start walking, and once I started walking I almost didn’t stop until 11:15 that night. The picture I’m sharing tells you where I was when I finally decided it was time to stop. I actually added a few more steps after that in the process of getting ready to get in bed, but it was an epic day of mileage and activity, and it broke the previous record I had from five years ago.