I’m going to touch upon what might end up being a sensitive subject, but I feel I must.

There are lots of pundits out there who say one must have a defined niche so they know just the market they’re trying to get, and hopefully will have that particular market find them. I understand that in general, of course. After all, this blog, though I get conversational from time to time, is more about blogging, online marketing, and the internet. And my other blog is on business topics related to people and leadership. 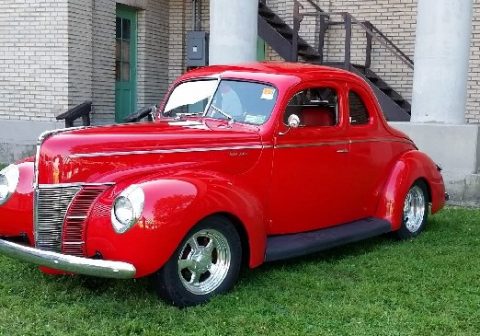 Vintage cars are a good niche

However, I wonder about niche’s that not only seem a bit too defined, but also seem, well, “exclusive” instead of “inclusive”. In other words,by their general definition they seem to say to others “stay out, you’re not wanted”; at least that’s how I see it.

I’m talking about niches such as “work at home moms” (WAHM), religious based, or ethnically based businesses. From where I’m sitting, I’d be immediately knocked out of two of the three, and on that third one, I’m not sure I’d identify myself as “only” being a member of that group because I think, if others had my same thought process, that it would keep some people from coming because they’d feel like I was part of an exclusive club that they weren’t invited to.

Of course I know that’s not really the case, but appearances really are everything up front. Any time you’re doing something that seems to be weeding other people out, or putting a stamp on their foreheads, you risk alienating a big part of the population, and impacting your opportunity to generate true revenue.

I’m certainly not saying don’t be proud of who or what you are. For me, as a black man in America, I’m not backing away from anything like that. However, I’m not identifying myself as a black businessman, or any of my businesses as black businesses, because I want to invite everyone into my digital or business living room, where I’ll serve up some virtual cherry Kool Aid and low salt corn chips and we can have a nice little conversation with each other.

Then again, some of this reminds me of a post by Steve Pavlina when he wrote about why one shouldn’t have a religion, which I thought was a bit over the top, and then he followed it with his post on feeling blessed, which was very nice but leaves one confused in some fashion about whether it was a good idea to write the initial one in the first place. My intention definitely isn’t to stir the pot; it’s to ask the question about how much niche might one consider as too much niche. Of course, if you’re looking to only work or market to specific people, then go about your business; after all, it’s what the separatists do.

And man, do those folks know how to market. Still hate them, but they’re everywhere! Overall, what do you think about this?

7 thoughts on “Can A Niche Be Too Defined?”