Some years ago I talked about promotions and marketing and how it can be a challenge to get more notoriety. You’re trying to get more notoriety so you can either get more readers to your blog or get more people buying things from you. I responded to all the comments of course, but I continue to think about this because, well… let’s face this fact. All of us want “more” something. If we didn’t want something we wouldn’t bother blogging to begin with. I’m of the opinion that if all you wanted to do was vent without anyone commenting or bothering you that you could go the old school way, as I used to do; just journal things, put it on your shelf and move on with life. That way you not only put all your thoughts down on paper, thus clearing your mind, but you can throw it away later on and never look at it again, or keep it for posterity in case you have the guts to look at it many years later and are either amazed or scared of what you wrote at that time (I read one of mine once and never did it again!).

Let’s go off the premise that we want something, and we want more of it; that premise is recognition. Let’s look at one more thing I’m throwing out there to think about; that’s the fine line between the courage it takes to try to get more recognition, or going over the line because you don’t know what you’re doing or have no shame and aren’t worried about irritating people.

Here’s an example of the first one. I have a finance blog (that I’m close to ending) and I used to take guest posts there. I had a policy that told people how they needed to contact me and what I needed to see. I also made sure everyone knew that if the post wasn’t related to anything financial I wasn’t taking it.

This one lady wrote me and she was representing a college. She said the college had a financial program and that she’d like to write an article and link to that site. I’m all about education, so I went for it. I had to send it back to her 4 times because it didn’t have any flow. She’d written a term paper; how many of you want to read term papers on a blog? Yet every time I sent it back she was gracious enough to accept what I was trying to say to her and would make changes.

Because of that I went against my own rule and decided that the topic was financial enough and the link important enough for me to do more edits than I normally would. I made it flow, made it at least readable for the general masses. Then I told her I’d accepted it but made massive edits and that I’d like her to read it when it went live. She did that and wrote me to say she now understood better what I meant and that she liked what I’d edited much better. Very gracious lady and she was courageous to keep coming back for more in a gracious way.

Then there’s irritating. Another guy wanted to put a guest post on the blog but in his first 3 emails, I knew he hadn’t read the guest posting policy. Eventually he did and then he sent me something that I found totally unacceptable and I told him why; no blatant advertising. Then he asked if he could see the advertising policy, which I sent. Immediately he started offering me less than what the policy stated. I told him twice that I wasn’t accepting anything less than what the policy was, and in my second email back to him I said I wasn’t writing him again. 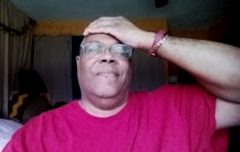 This precipitated a barrage of emails over the course of the next few days, always offering new terms, a couple of times sending me an article I didn’t ask for, before I finally got tired of the guy and blacklisted his email address; I was done with him. There wasn’t anything courageous in what he was doing because he wasn’t even trying to follow any of my policies, and trying to undercut my rate when it’s cut rate to begin with… please!

For some of these people, what’s irritating me might be promoting them. A gripe I’ve often had is the loss of a sense of community like what we had at the beginning of the decade on social media. Some of what many of these folks are doing might give others a communal feel; it must since many of them retweet those posts… to everyone else! The someone comments on the retweet and it gets retweeted… to everyone else again! The biggest beneficiary is the person who originated it. This means that I may be irritated, but there are people who benefit from the process.

When it comes to marketing, I have my rules on how I market on social media. I like to think I’m consistent without being pushy, but I also wonder if my strategy is holding me back. I asked myself that after reading this article by Jeff Bullas on how he got 1 million impressions. It’s an interesting read, but I’m not sure I could get away with it. He’s Jeff Bullas; I’m not. I also don’t follow him on Twitter… because he posted too much! lol

I once asked Guy Kawasaki if I could have a place on Alltop for my business blog, Mitch’s Blog on the topic of leadership, and he said yes (he doesn’t own it any longer, so my sites no longer there). However, what I’d done for him first was help him edit his book Reality Check without any monetary remuneration, and I wrote a review on this blog and on Amazon to help him promote it. I was just trying to help at the time, but he remembered what I did for him a few years later; that’s how one should reach out to others. By the way, if you ever see that book in the store look at the acknowledgements and you’ll see my name in the book; that’s so cool! 🙂

What are you willing to give to someone who you respect and who could possibly help you move up higher on the ladder of success? How do you determine whether you’ve gone too far or not enough? I’d really like to know; honestly!

4 thoughts on “A Fine Line Between Courage And Irritating Marketing”