Back in October I wrote what turned out to be a popular post, if you believe Analytics, 10 Business Social Media Tips. I knew it would be popular because people love list posts. It was also relatively short; sometimes that works well.

About 5 minutes ago I wrote the follow up post to that one; then it totally disappeared, and I actually know the reason why and I’m not going to get into it right now, though I suspect alligators. lol However, it wasn’t bad, and I sat here thinking for a couple of minutes wondering if I wanted to try to recreate it or just let it go and move onto something else.

This is we’re talking about, so I’m going to go ahead and write it anyway. Course, with this preamble it now might take 3 minutes for you to read it, but them’s the breaks.

1. Don’t sign up for all social media accounts and services if you’re not going to use them.

2. You don’t have to be a great writer or speller. Be a good writer and use spell check.

3. Blog commenting is the best way to drive traffic to your website or blog; trust me on this one.

4. Make sure you share the links to your websites and blogs as often as possible, wherever you have the opportunity to share them.

5. Don’t always agree with people just to be polite. If you disagree with something say it; just don’t be too aggressive if you can help it.

7. Whether it’s your opinion or not, make sure you know your facts first. You can bet someone will know the facts and won’t hesitate to tell you.

8. Never forget to share other people and their links with your readers if they’re the inspiration for what you’re writing.

9. Don’t be afraid to make videos. Remember, what you see in a video is how people see you in real life.

10. It’s okay to ask people to follow or connect with you sometimes, just don’t overdo it. Every once in awhile people need a bit of encouragement to participate.

Whew; I had problems remembering two of the things I originally said but came up with 2 more instead. Now go enjoy your weekend, and don’t forget to give me a thumbs up. 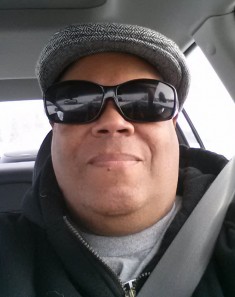 Of course I’ve also come to realize that it’s not just about setting goals; well, normal ones anyway. You have to actually work towards those goals, and you have to have focus, break out of the mental fog as Lynn Terry just wrote about, but even that’s not enough. What we need to do is reach beyond those goals, try to be even bigger and better than the goal you want.
END_OF_DOCUMENT_TOKEN_TO_BE_REPLACED

If you’re already blogging you might have heard some noise about more recent changes to Google algorithms that ended up in a reduction of traffic to many blogs. Because of that there’s been a major railing against Google and its algorithms because what they told the public about these changes doesn’t seem to make much sense.

I’m not going to get into all of that here. Instead, I’m going to answer the question as to whether or not you should let something like that get you worried, or make you hesitant to keep doing what you’ve been doing with your blog.

In one word, no. You should keep on writing and doing just what it is you’ve always done with your blog, unless you’ve been doing sneaky things. However, I’m going to own up to the fact that with this last update many of my blogs have taken a hit. I’m not really sure why because I haven’t engaged in any of the things Google said we shouldn’t be doing. Knowing something about SEO and the rest, you’d think that if I knew I hadn’t done any of that stuff and yet was still having issues (this is actually only the 2nd time that any of my sites have suffered traffic issues, though one of them did hurt my income a lot), that I’d be saying yes.

One, because it’s hard to determine just what Google did, or what you might have done if you haven’t done any of the bad stuff. Even though they said what they did was an adjustment rather than a penalty, it affects us just the same. In their terms, a penalty means they manually did something to your blog or website because you were violating some terms, whereas an adjustment goes system wide. No matter; they can give you reasons for things they do but in the long run the explanations are meaningless.

Two, because when all is said and done what Google and other search engines value more than anything else is new content, and original content at that. Even if you took a hit with one of their changes you’re probably still ahead of a lot of other people, many of whom have hired companies to send letters to folks like me asking us to remove links that they paid someone to leave on our blogs in the first place. By adding new content on a regular basis they’ll continue stopping by and taking a look. Most of us probably aren’t doing a thing wrong or sneaky and thus we can believe that Google isn’t targeting us specifically, even if we take a hit.

Three, there’s no guarantee that your blog or website will be hit. I have 4 blogs, and three of them have been affected. Only two of my websites have been hit; no idea why since I follow the same formula across the board. Sure, it affects traffic to a degree, but what’s strange is that when I look at Google Analytics and compare what’s going on now to last year the traffic numbers are the same; go figure. That’s what I mean about analytics and such; it’s just too convoluted to deal with.

I’m still adding new content, and by building up the blogs for my consistent visitors, I don’t depend as much on search traffic for the blogs that suffered some. By doing more with social media and promotion I should be able to overcome the loss of potential traffic from search engines; this is what we all should be shooting for.

So just keep writing and pushing forward; those who like what you write will find you.