Last May I wrote an article about my signing up on a website called Buy Me A Coffee. I mentioned that it was a way for creators to earn some money by allowing people who consume their content to give them a payment if they liked what they’d consumed. I got a little bit of money from a couple of videos and one from an article I wrote. I changed from coffee to pizza because I don’t drink coffee, but it turned out I couldn’t get the plugin to work showing pizza, which is why that funny looking ball is around the bottom right of all my articles. 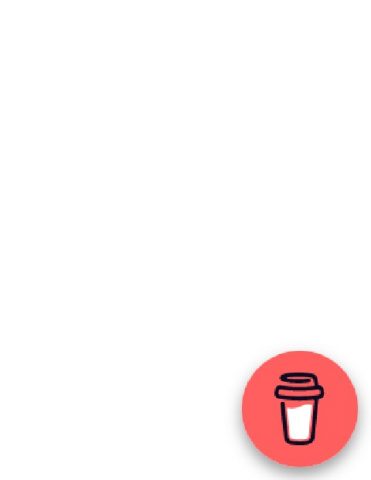 That’s about the size of it

I’m not gonna lie; I thought this would be a panacea for getting paid for some of my work. I had a similar thing I ran for years on this blog that was attached to PayPal. I can’t remember when I removed it or why I removed it, but for all the years I had it on this blog I only got one $5 payment; thanks to whoever that was. 🙂

I’ve been posting the link on all my videos since last May, and I doubt anyone new who’s visited this blog has no idea what that big red (orangy-pink?) thing is. That’s one of the problems I’m highlighting in this article; for all the initial promise BMC (the shortened version) gave some of us, it’s turned into a major issue.

I’ll start off by saying that it’s possible some of us are using it wrong. I’m not naming names of some of my friends who’ve tried it and left it, but some had to resort to what I ended up doing while others were able to get the plugin to work properly and still have it on the side of their blog. Either way, I doubt that any of us have made money off our blogs if we’ve had to use the ball thing, and I’m not sure anyone’s earned $5 (I almost said a dime, but the minimum payment is $5) from either source. I also doubt any of us have promoted it more than once since we added it; if I’m wrong, I’m sure someone will tell me.

Let’s talk about some of the issues in using BMC and why I’m considering removing the ball and discontinuing my association with them.

First off, many of us are unsure what we should be posting there. I’ve shared a couple of videos, a few blog posts, and some of my long form stories that I’ve never shared here or anywhere else. I have no idea if anyone other than my friends have seen any of it. There’s no way of promoting it on the site; the only way you can promote it and hope to get some kind of payment is to post it on Twitter, where BMC gets the credit for you doing it, which is more marketing them than promoting ourselves. 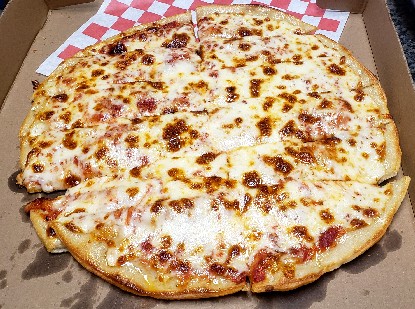 The pizza no one bought me lol

The second problem is it’s not easily searchable. When I go to the page, I’m shown 5 or 6 people and what they share with the BMC community. The only way to see more people is to refresh the page and see what comes up next. There’s no promoting your BMC page directly, and there’s no way to search for anyone by topic or name. For the longest time I thought it was only myself and one other person who signed up because we did it at the same time so we could test a couple of things. The other people I’m connected to just “showed up” so to speak; I’m connected to 5/6 people in total (I’ll come back to that) and I’ve known all of them for years.

The third problem is it’s a confusing site to use. The few times I’ve had someone comment on something I posted, it took me multiple times of clicking on links to figure out where the comment was so I could respond to it. You’d think all I would have to do is click on my own article… nope, that didn’t do it. I had the same problem when someone responded to a comment I left and I wanted to check it out. Sometimes I couldn’t find the person’s profile because it didn’t always show up on my list of people I was connected to. That eventually prompted an email to the moderators who finally got it fixed after a couple of days, but it didn’t make finding their responses any easier.

The fourth problem is that if anyone I was connected to or not connected to had stopped by to peruse my content, I never found out about it unless a comment was left. Unlike blogs, for which you can set up an account on something like Google Analytics to see how many people visited a blog post, BMC has nothing like that. Even if the viewer count was minimal, it wouldn’t hurt to know if anything I’ve done has been worth the time I put into it.

The fifth and last problem I’m mentioning is that recently we all received emails telling us that for whatever reason PayPal wasn’t working with them any longer and we all had to add a Stripe account if we wanted to get paid. I had to ask my friend Mitchell Allen what Stripe was (I’m a moron sometimes lol), then waited a couple of weeks to create an account there. Once I had my account, I started thinking “if PayPal isn’t working with them any longer, I wonder what’s up”. I’ve heard a few people complain over the years that they felt PayPal’s fees were too high (I’m good with it), but never heard of them discontinuing a connection with any websites before. I started wondering if there might be a problem of a different sort with BMC… but they weren’t telling if there was.

In the previous article, I shared a video where the lady walked us through the process of setting up our profiles. I thought she did a great job with it, but when I went to BMC I couldn’t find her, and I actually had her name. What I did was go to her blog, as she’s a daily blogger and has lots of people consuming her content, clicking on her link and that takes them to her BMC page where they pay her via a monthly membership fee. She’s one of only 3 people I came across who said they were making a nice bit of change from using the site, but only one of those people had something on the site that you could view, and that was a YouTube video.

At this point I’m leaning towards leaving BMC alone unless I get an email saying someone actually paid me/bought me something. I can’t find a reason to promote anything on a site that I have no idea if anyone’s seeing any of it; I get more activity from Twitter and LinkedIn and YouTube… at least I think I do. However, I also learned that, like Facebook, you can’t actually delete your account. It discontinues your participation, but they keep it up just in case you change your mind… like Facebook does… which is eerie but I’m not surprised.

I wanted to put this information out in case anyone’s thinking about using it for anything except a way to ask people to help sponsor you voluntarily and clicking on your food avatar (there’s more choices than coffee or pizza) or the bouncing ping pong ball. You’ll probably be as frustrated as I’ve been… and am. For now it’s still sitting over there to the right, but I have a feeling that the day I decide to remove it that no one will miss it or even remember it used to be there. We shall see…

21 thoughts on “The Buy Me A Coffee/Pizza Problem”