I used to love commercials as a kid. I loved all types of advertising. However, it wasn’t until I ordered the sea monkeys from a comic book and got something that wasn’t quite up to snuff (what the heck was that anyway?) that I started to distrust certain kinds of ads.

That’s what led me to talk about this particular subject. In deference to those who feel people like me are causing them to lose a lot of money, I decided it was time to take on the subject of “adblocking”.
END_OF_DOCUMENT_TOKEN_TO_BE_REPLACED 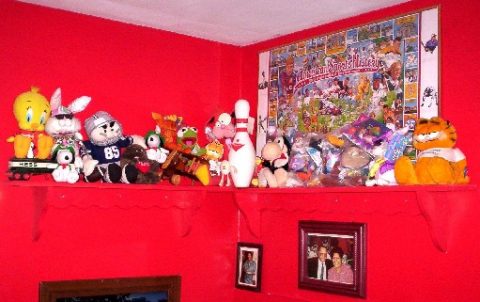 This time around I have 7 different lessons I learned while doing it, because the circumstances changed from the previous two times. The previous two times I was alone; for the business channel I was in a hotel room out of town and for my other channel I was home while my wife was working out of town. Still, I got it done and I’m happy about that, and now I’m ready to talk about it via these 7 lessons… and not all of the lessons are good ones.
END_OF_DOCUMENT_TOKEN_TO_BE_REPLACED

One day last week I was looking at some of my videos to see if any of them had reached my criteria for when I decide to monetize them or not. Some people say to monetize every single video but I’m of the opinion that if a video doesn’t look like it’s going to gain any traction then I’m just wasting my time and the time of other people.

You know when you’ve monetized a video already because there’s a dollar sign next to it colored blue. As I was looking at those I noticed that one of my recent videos had a slash through the dollar sign. When I hovered over it I saw this message: “not eligible for monetization”.
END_OF_DOCUMENT_TOKEN_TO_BE_REPLACED

Talking video today, and what kind of video post would it be without a video?

Here’s a reality. Most videos on YouTube have very few visits at all. The reason is simple; no one knows about your video because it’s not entertaining. It may be informational but we all know that to make a video go viral, it takes more than that.

Of course it also comes down to purpose. If you’re looking to make educational videos to highlight what it is you do so you can put them on your website, that’s one thing. But if you’re looking to advertise your business it takes something else.

Living in the Syracuse NY area, I remember back in the 80’s when this guy came on talking about buying cars from his auto dealership. It was a cheesy local video, like most of them are, but one thing stood out. He didn’t say “huge”; it came out sounding like “Youge”. And within days everyone I knew was walking around saying that word.

The guy was no dummy; he graduated from Syracuse University after all. So, every commercial he made after that had him saying that word and making sure it was emphasized. He now owns multiple car dealerships across the country, and it all started with one word that entertained people, even if by accident.

Anyway, I hope you enjoy the video and of course share it if you wish. I’m not the most entertaining guy so this is the best I can do… for now. 🙂

We all have to deal with the negativity of others from time to time. That’s just how life is; nothing stays perfect for long, if it ever reaches perfect.

Something I’ve always recognized, yet haven’t handled as well as I wish I had, is that sometimes the negativity I experience is more my perception of what someone else has done rather than their intention. Let me explain by using an example.

I have a friend I went to college with who was also my roommate in senior year. He’s a funny guy and we’ve always had a lot of fun together. However, he also has a mean streak that sometimes irritates me; he rarely used it on me, though it was back in college. He’s not the kind of guy who necessarily sees the best in people; some folks just have to live their lives like that unfortunately, but usually his heart is in the right place.

Every once in awhile he’ll comment on something I put on Facebook, as it’s the only social media thing he cares about. Sometimes the comment is relatively normal. Sometimes it seems, well, spammy, based on what we would consider as spam in blog comments. When he does that I get really irritated, and one day on the phone I asked him why he does that sort of thing. His response; he thinks it’s funny.

Here’s the thing. No matter what he says or how he says it, I’m responsible for my reaction to it. I know the guy, more than 30 years, and I know what he’s like. In person, if he said something I’d just look at him and move on. But online, sometimes I work too hard on protecting my reputation in public spaces when there’s nothing to protect. At least not so much that I need to get upset about it; who agrees with that statement?

It’s in that vein that I decided to do the video below because this past week I’ve been watching a lot of videos on YouTube that weren’t from my normal channels and I’ve been amazed at some of what I’ve seen and how people have reacted to it. Sometimes we really can learn something from young people.

After the video I’d like to know how you respond to negativity of others, both in public and online. I’m working on it and I’m getting better, but I’m not quite there yet; I have 50 years of stuff to work on. 🙂