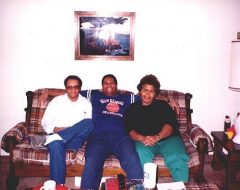 I used to get visitorsIt made a lot of sense to me, so I decided to do just that very thing. Instead of writing about it, let me share the video for your perusal:
END_OF_DOCUMENT_TOKEN_TO_BE_REPLACED

About six weeks ago I wrote a post here talking about Facebook and its Edgerank algorithm that prevents a majority of your connections from seeing what you put out, whether it’s your regular profile or your business profile. I then told you how you can set things up so you can see what you want to see on Facebook with a couple of neat little steps.

Today I’m going to give you 7 things you can try to increase your Facebook visibility. I’ll warn you up front that some of these are time intensive, and yet I’ve found that they work in small degrees. Are you ready? Let’s begin:

1. Select 5 to 10 people you’re connected to and visit their page. I don’t mean the people you talk to all the time but some of the other people whose news you almost never see, if you see it at all. Check out the page to see if they have any activity whatsoever. If not, think about unfriending them; they obviously won’t care. If they do then find something you can like or comment on, and if you don’t see anything like that then send them a short message asking them how things are going or whatever. If they respond, you’re on your way.

2. Share a lot of the images you see in your stream from your friends. I know, you think it’s redundant, but when you realize just how little of your stuff is being seen you then realize how little stuff from others is being seen. There’s nearly a billion people on Facebook; do you really think most people will mind if they happen to see something twice? Not only that but it seems Facebook has taken care of that by grouping things that have shown up in one’s stream more than once in a day, so no worries.

3. Either “like” or comment on more of the things you see in your stream. I’ll admit that I was hesitant to do this type of thing for a couple of years. Then I realized that it’s a way of making sure you keep seeing things from people you want to see it from, especially once I learned about Edgerank. That’s how Facebook decides what you see, by determining what you liked to see previously. And if people see you more often, there’s a likelihood that they’ll like your stuff and share it as well.

4. “Like” many pages of things you like that pertain to your business or interests. I have joined a few leadership pages because that’s what I talk about mainly on my Facebook business page. I also love motivational stuff so I’ve joined a few of those pages so I can see and share what they have here and there. And of course a few things you really like which, in my case, means Star Trek and Snoopy! 🙂

5. Visit select pages that you’ve liked, go through them, and if there’s anything you see that is share worthy share it. This is the biggest thing I do, and I do it daily. I do it for three reasons. One, because it helps me find a couple more things I can share on my business page other than my own blog posts. Two, it helps give me some things to share that others might not see because they’re haven’t liked what I like. And three, it promotes other people’s stuff, which they like and thus feel a sense of obligation to share some of your stuff. It’s all about cooperation in the long run.

6. Invite people to your page. As simple as this one seems, you’d be surprised by how many people never think about doing this. Your group page offers you a chance to invite people you’re connected to without your necessarily having to publicize it in the open, although doing that every once in awhile can’t hurt either. My strategy was to selectively invite people in groups rather than everyone at once, so I did it by inviting 50 people at a time. You only get to invite them once, just so you know.

7. Ask people to share your stuff. We hate doing this, and I’ll admit that it’s rare I’ll do it. There’s nothing wrong with asking people if they’ll share something you think is pretty special but don’t abuse it. If you always ask then there’s nothing special about it and people will get tired of seeing it. I dropped a page I liked that had lots of great stuff in it because there was always this message asking you to share, and it was there when I did share, thus making it hard for me to write something over it.

I know you’re asking “how much did your traffic increase.” It’s hard to say. However, I’ve noticed that I’m seeing people on Facebook whose missives I’ve never seen before, and the number of people who have liked my Facebook page has increased. None of that depresses me at all. By the way, if you’d like to check out my Facebook page take a look at that little widget to the right and give it a little click. 😉

Meanwhile, I did a video with my Hot Blog Tips crew on the topic of alliances, which kind of pertains to this topic, and we even argue a bit over SEO: