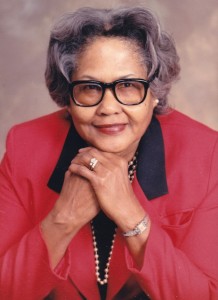 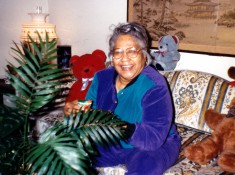 Some of you have probably noticed I’m not writing at the same pace that I normally do. Once again life has gotten in the way, this time with my grandmother falling and breaking her hip and my having to be out of town to support my mother.

It’s been interesting, frightening and frustrating over the last bunch of days. The interesting part was when I called 911 and they sent the fire chief and two firetrucks before the ambulance arrived; my grandmother would have loved watching that spectacle if she could have moved as she loves sitting in the window watching the day.

The scary part was first trying to figure out just how badly she was hurt, learning she had a broken hip and required surgery, and trying to determine what kind of surgery she needed. Turns out it was only the hip and a fracture, which only required 2 screws, and the surgery and initial recovery only took about 3 1/2 hours; whew.

Then the frustrating part, which leads to the title of this post. I went back home because they said all was going to be well, so to speak. Then the next day I get a call saying she’s nonresponsive and won’t eat. This is frightening because she’s 90 and hadn’t eaten in 3 days. I drive back to get Mom and go back to the hospital, worried that these might be the last days for her and wondering if anything could have changed things. Not that she’s been the physically strongest person over the last few months but this just seemed to come on really fast.

We get to the hospital and she’s sleeping. We let her sleep while trying to let a few people know what might be going on. Then the nurse finally shows up and says they tried to get her to eat but she wouldn’t respond to them and wasn’t talking. So I try and indeed she’s not talking, but she’s responding to yes and no answers with, well, yes and no sounds. I ask what we can try to give her and after hearing it all I suggest we run with the lemon ice, since I know she likes lemon.

I get it open, put a little bit onto a spoon, say “Miss Hazel, here comes something you might like” (yes, I call my grandmother Miss Hazel; she likes that), put the spoon on her lips, and she opens her mouth and takes it in.

Mom was stunned; the nurse was stunned. I wasn’t stunned. What I was is frustrated and irritated because of the scare I’d had with the phone call. See, something that working in hospitals teaches you is the patterns of people with certain responsibilities. My mind had been thinking that something nurses really don’t fully understand is that sometimes a person just can’t feed themselves for whatever reason. The talking is one thing, but as I said, she’s 90 and hadn’t eaten in 3 days, has had surgery and anesthesia and was kind of weak to begin with; what were they expecting, miracles?

Actually, yes. See, hospitals aren’t equipped to be nursing homes; it’s not in the make up of the people that work there, nurses or anyone else. They don’t think about trying to feed people; they don’t have the time. But I knew I had to give that a shot because it would tell me whether she was alert or whether she had decided it was her time. She consumed the entire cup of lemon ice; I had my answer.

So here we are at the dilemma stage, although it’s kind of a foregone conclusion. She has to be moved to either a skilled nursing facility or a nursing home. She needs rehab, but right now she also needs someone to feed her. Mom can’t handle either of these at this stage, and hospitals aren’t equipped to do it either.

Everyone at the hospital has been nice and everyone has played their role the way it’s supposed to be played. But I need to now make them step up and make themselves seen, as the only doctor I’ve seen in the time I’ve been there was the surgeon; that’s not going to get it done. But I know how to do it; funny, but there’s a swagger one can have when they work in certain types of places, and I noticed I had that swagger yesterday, as if I was still at a level to demand and request certain things without question. What a feeling!

So, I’m hoping I’m close to not being as sporadic with so many things as has been the case over the past week. I’m so far behind on work and blogging, but family always takes precedence. And I hope through this little story I’ve given you a little more education on how hospital people think.