Rainforest Action Network via Compfight
Often, it seems the people who fear this the least are those with true hate in their hearts, those who could care less about everyone, only themselves and those like them. Those are the folks who believe it’s always better to be your ugliest self up front, then apologize later and say people took what they had to say out of context, or give a false apology as in “I’m sorry if you were offended by…” Yeah, I bet!
END_OF_DOCUMENT_TOKEN_TO_BE_REPLACED Courtney Carmody
via Compfight
Social media seems to amplify that for one main reason; people in general can be stupid. I see it a lot more on LinkedIn than on either Facebook or Twitter. It’s probably because we have more control over what we see or don’t see on those two platforms as opposed to LinkedIn… but it hasn’t always been that way.
END_OF_DOCUMENT_TOKEN_TO_BE_REPLACED 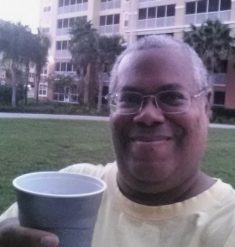 A couple people responded in agreement with what the image showed. But… wait for it… pretty soon someone else responded who wasn’t totally feeling what everyone else was saying. It wasn’t that she disagreed with the image as much as the “implication” that it meant “all” people like her… which no one had actually said.
END_OF_DOCUMENT_TOKEN_TO_BE_REPLACED

In the past I briefly talked about the controversy surrounding Chik-Fil-A. I’ve talked about controversy and having to deal with it often. I figured this was as good a time as any to talk about freedom of speech and controversy as it pertains to business blogs as opposed to general blogging.

Unless those issues are what your blog is about, it’s best to stay away from them; at least on your business blog. If you feel the need to express your opinion about other things, it’s best to create a personal blog, whether you use your real name or not, and go that route.

However, negating the benefits of going against the grain, which is what controversy is all about, as it pertains to your business, means you’ve giving up an opportunity to stand out from the crowd. For instance, on this blog, I’ve taken some contrary views to the norm as it pertains to backlinks. All that does is set me apart from others who do some of the same type of work I do and starts a discussion point. In a way, it also establishes me as a free thinker, someone who sees things from a different perspective, and potentially helps me get clients who have some thoughts that lean my way.

Using another example, let’s say that I do kitchen remodeling. Most people in that industry recommend granite counter tops because they’re sturdy and pretty, and they come in multiple colors. If I wanted to be like the majority, I’d also advocate granite counter tops.

However, I’ve seen a few people that advocate slate counter tops, saying they’re also sturdy, easier to clean, won’t stain and that you can even cut on them without worrying that you’re going to cut them up. So, maybe someone else starts writing about the benefits of using slate instead. It goes against the norm, but you can bet that someone out there doesn’t like granite and likes reading something where an expert in the field has a much different opinion. And let’s face it, even those that advocate using granite can’t say slate is horrible, even if it wouldn’t be their first option.

Now, I don’t know whether slate is popular or not; I’m just using this as an example of how it might be controversial within the remodeling industry because everyone else goes in a different direction. As long as it’s related to business, controversy could end up being a good thing. Now, if you were advocating paper counter tops, that wouldn’t be controversial; it would be crazy, and you’ll never work. So you have to pick your options based on your own business.

Final point. Freedom of speech means that everyone can say anything they want to, no matter what or where it is. It also means that others can disagree with you however and wherever they feel as well. Hopefully it only stays at a verbal level but that’s the thing about some controversial topics. You’re probably never going to have two social media consultants coming to blows over whether Twitter is better than Facebook, but social issues are a much different animal. That’s why it’s best to avoid those topics where your business is concerned.

So, have you started blogging yet? Come on, be controversial, say something!