Although I find blogging to be a popular subject for many people to talk about, there are still a lot of businesses trying to figure out not only if there’s any kind of return on investment in doing it, as well as whether they have the time or the inclination to do it. I have a story that might be illuminating.

A few weeks ago I got an email out of the blue from someone wanting some consulting advice from another state. I sent her my phone number since it wasn’t included in her email (major lesson; always include all of your contact information in your business emails) and said she could call me the next day.
END_OF_DOCUMENT_TOKEN_TO_BE_REPLACED

Thomas Quinn was the former CEO of Community General Hospital in Syracuse, NY. For 4 years he had a personal blog where he talked about community developments his hospital was a part of, highlighted positive things employees and physicians did, and talked about philosophical and health care issues such as compassion. I always enjoyed reading it, especially since it was a local hospital, and I liked knowing what was going on.

When he was needed the most was the final year he was CEO, which was also the final year that the hospital was a standalone, before it merged with University Hospital. While many hospital executives might have tried to keep the news quiet for fear of what the community might think about them, Quinn was front and center in talking about what was going on with the merger, with the unions, about the employees and how they were trying to save all jobs, and of course with his personal thoughts about why the hospital needed to move in this direction.
END_OF_DOCUMENT_TOKEN_TO_BE_REPLACED

Last year I wrote a blog post titled 9 Ways Blogging Can Help You And Your Business, which turned out to be fairly popular. Yet, I didn’t think it was comprehensive enough for my tastes. 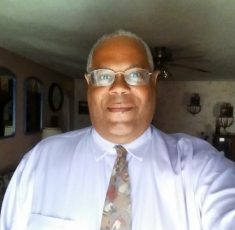 This time around I’m going to share a presentation I gave last year to a group of business coaches on the topic of blogging and how it can help one’s business. The last part of the presentation will be the video I created after the presentation because I didn’t actually get to finish it. I would have if there hadn’t been any questions though; that’s how live presentations go sometimes.
END_OF_DOCUMENT_TOKEN_TO_BE_REPLACED

By now, anyone who’s visited any of my blogs knows that I love the concept of blogging. Just as I was telling a group of life and business coaches a couple of weeks ago, when I gave an online seminar about business blogging, there are a lot of benefits to the process, some of which people just don’t think about. I figured that this would be a nice change to some of the articles I’ve written this month; we all can use a little motivation and consulting.

1. You get to show your expertise. 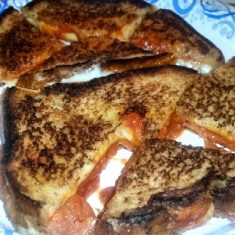 pizza grilled cheese; I made this!

This is always my number one statement whenever I talk about business blogging. No one knows your business or what you can do better than you. The hope is that you’re not a one trick pony who only knows one aspect of what your business all about. Blogging on a consistent basis helps to show people that you’re someone who can definitely help them.
END_OF_DOCUMENT_TOKEN_TO_BE_REPLACED

I know some folks are going to be confused if they remember my post talking about my 7th anniversary of blogging on this blog. Well, that’s this blog… on my business blog, today is the 10th anniversary of blogging. If you look below you’ll see Mitch’s Blog and the link to today’s post highlighting it (click the picture lol). And, whereas it’s not always a good thing having a new post on a Sunday, this is the anniversary date; that’s that! lol

The interesting thing is that in the 7th anniversary post I gave 7 things about blogging after giving 15 (I actually did 15 twice) and 55 previous to that. You’d think I wouldn’t have any more blogging lessons to give but I actually do, coming at it from a different point of view.

When I first started blogging, I had no idea what to do. I made tons of mistakes, had some comment that, by now, I’ve made private because it was pretty lame. As a practice I still believe it was best to have a blog; in reality, a lot of that early stuff was pedestrian. I’d cringe, but it was what it was, and truthfully, I had a gem or two here and there.

Still, I learned some lessons from that blog which helped me start this blog off just a little bit better than I might have; a little bit that is. It’s in that vein that I know I have 10 blogging lessons that are new and different from what I’ve said before. Let’s begin:

1. Putting any old thing up isn’t a blog post. Back then I had blog posts that might have been one paragraph. I had a few that were only one or two lines. I’d link to a story or a newsletter of mine and that would be that. In retrospect, I wish I’d talked just a bit more about the topic before doing that; I’m sure Google looked at those things and said “what the heck is this?”

2. Too many posts in a short time. I’ve talked about having to recover blog posts off Google after my original host crashed. What I did was recover about 155 articles, and instead of spreading them out I posted a lot of them all at once. Way too much content, and a waste of being able to reintroduce articles that were pre-written, thus saving myself having to work hard to come up with new content immediately.

3. Staying on message is a good thing. Even though I had a lot of short posts, I had some long ones also; like this blog. Thing is, some of the long posts back then, like some of my early newsletters, were all over the place. Back then I tried cramming everything I could think of into a post; now I know my topic, write only about that topic, and only toss something in every once in a while for perspective or to be funny. lol

4. Spacing of sentences. Or more specifically, not having paragraphs that were long enough to be chapters in a book. If you decide to read a book like Atlas Shrugged or anything Anne Rice writes, you’ll be convinced that long paragraphs make people happy; they don’t. At least not online. Whereas I hate seeing blog posts where every paragraph is only one line, I also hate seeing paragraphs that go into the next day.

5. Images; good! I wish I’d picked up on that one much earlier than I did. Every once in a while I’d put in an image but only if it was pertinent to the story. Images make blog posts so much better don’t they?

6. Standing up for a cause is also good. I’m a WWE fan, but back in 2005 they had a storyline that I had a major problem with. In essence they created an Arab-American character who spouted all this hateful stuff at the audiences. It was their attempt to capture the mood of the country at the time.

Unfortunately, it worked way too well. Not only was it racist, but some networks across the country refused to carry any show he was on. They removed the character pretty quickly, the guy was disillusioned (turns out he wasn’t Arabic) and he left the business.

I doubt I had anything to do with his removal (I know I didn’t) but the point is you must be willing to call out something that’s not right, even if it’s risky; just choose your words carefully.

7. Internal linking can be your best friend. I learned via that blog that linking back to previous content that’s either pertinent to what I’m writing about anew or certain words that I want to highlight within my content was smart. Sometimes people will check out posts you link to; the longer you can keep people on your site because they like what you have to say, the better.

8. Every niche can be expounded upon. I started out writing that blog only on the topic of leadership and diversity. I learned quickly that not only were there other business issues that interacted with those values but I also had my primary business that I could write on as well. When you’re trying to highlight yourself you should also be ready to highlight just how much you know… or at least think you know.

9. We all love stories. Who doesn’t like a good story? I found that the posts that worked best were those that told a story in which I was a part of. Not that people were necessarily all that interested in me but telling a story of something I dealt with or saw was much easier than telling a story in which I wasn’t involved. Not that I don’t do that even now but if you can touch people emotionally they’ll stick around longer and talk to you more often.

10. Do it or don’t. When I’d lost my blog (actually, I lost the entire website), I had a choice to make; quit or keep going. Once I decided I was going to keep going I have, obviously still writing 10 years later. During this time I also shut down a business and moved a lot of that content over here, which I introduce over time.

This is always a big decision by everyone at some point; to quit or go on. Some go on; some quit like my buddy Charles Gulotta did. Sure, there are times when it might make you look bad or might make you feel bad. Don’t worry much about that sort of thing; just do it or don’t, and let life go on. 🙂