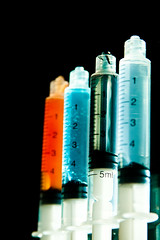 Often, we get these diseases, and we get some information, but it’s never all the information we’re looking for, or need. So, I’m going to share a couple of things here, just in case you happen to have the same malady.

First, your glucose numbers can be affected by not getting enough sleep. Over my ten years, I’ve noticed that if I get little or no sleep, which happens often for me, my morning fasting number is going to be high. I learned that those with sleep apnea will have high numbers, and I have a little bit of that.

Second, there’s more than one type of insulin. I’ll admit that I’m not really sure why, but I do know that my first insulin, Levemir, had additives in it that gave me a rash. It also had this scent of bandages, of all the odd things, and I was told that was so you knew whether you’d injected yourself properly or not. I’m unsure of that one also, as I seemed to have that scent whether I did it right or not.

That’s number three. You can inject yourself incorrectly. I’ve made two mistakes to warn you of.

First, you have to try to make sure you push straight in, not at an angle.

Second, if you even slightly touch yourself with the needle, either change the needle or get ready for some pain. I don’t know why I do it, but every once in a while it’s like I’m doing a test puncture, will pull it out, then push it back in. The needles are very fine so they don’t hurt, per se, but that also means they’re delicate, so if you push a second time, they’ve already been damaged.

Number four, there are many places one can inject themselves. For some of them, my mind is trying to think of how you could still do it and inject yourself (like the arms and back), which of course means you’d have to have help; that’s not happening with me. Others may be fine, but it turns out there’s a reason for knowing this.

I developed a rash from the Levemir, so I was changed to something called Lantus. No additives, no scent. However, my rash never went away, so I first talked to my nurse educator, who recommended I try another area.

Then I did some research online, especially on the Lantus, and there I learned that they recommend that you not inject in specifically the same area for a couple of days. For instance, one recommendation as it concerns the stomach is to view it as a clock and rotate around it, so that it gives the injected areas time to heal.

Same with the legs and arms if you go that route. I know now that’s where I made my mistake, as I picked pretty much two areas and kept injecting only in those places. Now I’m going to set up a routine where I move it around to at least six different spots, to help me overcome some of the swelling and lumps I’ve got now.

There you go. I may drop more hints as to what’s going on with me as time goes, or just general information as I learn it. After all, we need to try to make sure we share information as possible, right?

UPDATE!!! As of the beginning of 2013 I started using Novolin 70/30, which I purchase from Walmart. They call it Relion, and it’s only $24.95 per vial, which is a great price when compared to all other insulin, and in many cases costs less than what you might have to pay even if you have insurance.