Anyone who’s visited this blog over the years known I’m not big on turning off comments on my blog posts. It’s something I’ve never actually done on this blog or my business blog, because I’m not fearful of writing a post that’s going to generate a lot of negative publicity… not that I’d care all that much if I had something I felt needed to be said. 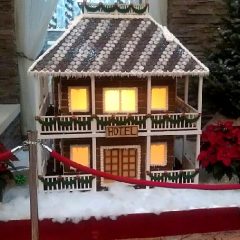 With that in mind, I’ve recently turned off comments on a couple of blogs I’m discontinuing… with good reason. Not only did I do that, but I discovered an easy way to do it so I don’t have to deal with the issue again.

The reason? I’ve decided to shut down 2 of my blogs and one of my websites, though one of the blogs is connected to the website so that was pretty easy to do. I also decided to go through both of those blogs to see if there were articles I could repurpose elsewhere. My qualifications were that they had to be pretty good already before I rewrote them, they had to be at least 600 words, and I needed to have a place to put them.

On one of the blogs, my medical billing site, this was fairly easy. Almost all the articles I decided to repurpose are going on my business website, since I found myself competing against myself on two different blogs; that just couldn’t continue. A couple of articles I thought were pretty good but didn’t fit there will be going to my local blog, Syracuse Wiki. The content isn’t necessarily local, so I’ll either find a way to make it somewhat local or publish it because the information’s pretty good.

The other blog… definitely more problematic. It’s my finance blog, and over the course of 11 years I’ve written almost 700 articles on financial topics. I had over 350 guest posts as well, but I wasn’t taking anyone else’s content and moving it; that didn’t seem proper. It took me almost 2 hours to go through and find articles I could use elsewhere… and there’s a bunch. I’m going to be mixing those articles up between my local blog and my accountant’s blog, for whom I write and she covers my accounting and taxes; win! 🙂

Every article I decided to repurpose then had to be made private. After a couple of weeks I can start putting that content on other sites without worrying about duplicating myself way too early. My making them private, those articles wouldn’t be seen by anyone else, so I didn’t have to worry about someone coming along and wanting to leave a comment on any of those stuff.

What to do, then, about the articles I decided to leave, whose content I either felt wasn’t up to snuff or wasn’t evergreen? I decided to go in and turn off the ability to receive any comments on any articles I left alone.

That’s the slow way. If you want to turn comments off on all posts, go to Settings (WordPress), Discussion, then go down to the line that says “Automatically close comments on posts older than” and change the number to 1. That’ll not only close comments on all previous articles, but if you want to write an article letting everyone know you’re shutting down the blog or ending comments, it only gives them a day to leave a comment on that current article… which probably won’t happen.

That’s all you have to do. I’ve already closed both blogs, and the domains will expire in about 6 months. I’m going to try to sell them… somewhere… but I’m not holding out much hope. We’ll see…