In March of 2015 I wrote an article titled Promoting Yourself In Social Media; My Personal Study. In that post I talked about how I was doing a lot of things to try to get myself noticed more. That’s because I know I need more traffic coming to my blogs and website, and I wanted more people to recognize me as someone who might know something about blogging, social media, leadership, etc. I mentioned how things had been progressing for me, and a lot of it had to do with Twitter. At that time I mentioned that my traffic had gone up 15%. I can tell you that, in a comparison of the period I compared to after my initial test that my traffic has gone up 35%; that’s not so bad. Twitter is now my 4th largest referrer overall but my #1 referrer from social media; that’s pretty cool right?

To be fair, that same progress hasn’t happened with my business blog, where traffic has actually come down, even though I’ve had lots of people adding me to lists on Twitter. However, for my business website, traffic had gone up 200%, or 3 times the level it had been before; right now it’s pretty much leveled out. Back then, a lot of my increase might have been due to the marketing I was doing for my 2nd book Leadership Is/Isn’t Easy. Twitter is my #2 referrer for that site; there you go!

I also talked about scheduling posts but didn’t say how I was doing it or where I was getting my stuff from. I decided to talk about the process I go through and why I do it this way.

I used to use Tweetdeck when it was a standalone platform, but once it got integrated with Twitter & had to be in a browser I changed over to Tweeten, which I’m going to have to write about one of these days. There are lots of clients that people use to connect with Twitter. As far as I’m concerned, other than the ability to change background colors, Tweeten is the way to go.

The easiest way to capture the information you need after you select your articles to share is to use the social share buttons on your post (you’re using them right?) for Twitter and copy it into something like Notepad. As it pertains to your social share buttons, hopefully you’ve remembered to put your Twitter handle in so you’ll know where people are sharing because they visited your blog as opposed to sharing because they saw it on Twitter.

You can do it the longer way and just copy the post title and the link, but there’s more you’re going to want to do after that… which I’ll get to next.

You’re going to want to add hashtags to your links, especially for Twitter. You add the tags after the link, more than one but less than four, adding a space after each one. There’s a reason for having multiple hashtags, which I’ll get to later on.

Hashtags are a big deal when you’re trying to show yourself as an authority on certain things. It seems that not only do a lot of people specifically look for certain hashtags, but many of them have lists they’ve created so they can follow their favorite people on those topics. For this blog, most of the hashtags are either #blogging or #socialmedia (remember, never add spaces on a hashtag). For my business blog most of the hashtags are #leadership or #motivation. Other than your friends, people that have you on a list are more apt to share your content.

You’re doing all of this up front so you don’t have to type it all out again, and it’ll be the beginning of your database. Yes, I said the beginning, as you’re just starting to put one together. Eva the Weaver via Compfight

Next, I go into Tweeten, but you can use any other service you like. For LinkedIn I use Buffer, but in total you only get to post 10 free links or messages if you’re using the free version. In Tweeten you can add as many as you want for as long a period as you want. For instance, there’s a couple of articles I post every 9/11, and I often post those six months in advance.

What I do is go into Tweeten (or whatever else you use) and act like I’m about to write an original tweet. Then I go to my file, highlight one post, copy it and paste it into the message window. The reason I put a space after the hashtag is because if it’s a common hashtag it’ll come up as being highlighted in the message window and you’ll have to go the extra step of having to push the spacebar. It might not seem like much but if you’re going to be doing it often, eliminating a keystroke makes sense.

After pasting that in there you’ll want to go to “Schedule Tweet”. The reason we’re doing it this way is because you’re going to postdate all your tweets; in essence, you’re creating a schedule so that posts are going out all day, or multiple days, when you may or may not be around. You get to pick the date and the time, and it must be in the future. Once you’ve picked the date, if you’re going to do multiple posts for that date you don’t have to select it again until you’re going into a new day.

The next step you don’t always have to do, but it helps, and that’s to add an image, which is just above the Schedule Tweet bar. I’ve found that some shared articles will pull the image you have in your blog post whereas some won’t. I don’t like to take chances so I always add the image separately.

I space my articles out at least an hour apart, and I base it on Eastern time. Every day I start at a slightly different time, anywhere between 9:30 and 9:50, in 5-minute increments. I usually go until between 11 PM and 11:50 at night. Every once in a while I’ll post something later in the evening/early morning in case those folks on the West Coast or somewhere in the Pacific want to see what I’m sharing either early evening for morning their time.

Why go through all of this? My purpose is twofold. One, I get to select what I consider are the best of my articles, along with newer articles. Two, Twitter is the only social media platform where not only can you post the same article more than once in a week or even multiple times in a day. It’s estimated that for the majority of people who are actually using Twitter a lot, a tweet might have impact for maybe 20 minutes unless people are specifically following you. after that, it’s like it never existed with your audience.

This is how I started, but I haven’t stopped there. At this juncture my blog posts file is 46 pages long, which means I probably should go in and trim it down a bit. However, it’s also large because I post articles from another blog I own, the accountant’s blog I write for and of course video links to my two YouTube channels.

I also go back at least 4 years, but not further. Once again, I’ve done this for two reasons. The first is that some people don’t like reading old posts, even if the content is evergreen, so going back only 4 years pushes the boundary without overdoing it. The second is that I shut off comments at 4 years to help protect against spam, since a lot of it goes after older posts. However, there are times when I repurpose older posts, re-date them, and they’re brand new again; that’s always nice and a great time saver, even if I end up rewriting half of the original content. 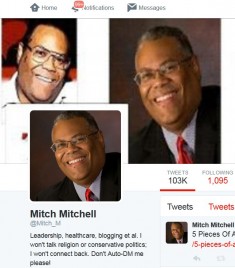 A couple more things about these blog posts. First, you’ll want to mix your latest posts in with the marketing of all your other posts. The reason I start between 9:30 and 9:50 is that I set up my newest posts to go out between that time. I usually have new posts on Mondays and Thursdays for this blog and Tuesdays and Fridays for my business blog.

I want those to be my first posts of the day from my blogs. I will also schedule those posts again later in the day but with a hashtag, since Twitter won’t allow you to post the same exact thing in the same exact way more than once every 24 hours.

That’s why you create multiple hashtags for each piece of content you want to share, at least when it’s brand new (I told you I’d come back to this lol). It’s one of two things you can use so it doesn’t look like you’re sharing the exact same thing multiple times within 24 hours. You can post your article with multiple hashtags, then remove all of them the first time, remove all but one the next time, and so on.

The other thing you can do, which is something I’ve started doing recently, is create short informational messages or questions to post along with your link, each differing from the original title and link. I got that bit of advice from this article on CoSchedule titled The Social Media Posting Schedule That Will Boost Your Traffic By 192%. It seems to be working nicely to this point, as I’ve been doing it for the last two weeks.

In any case, what posting articles for future publication does for me is make it seem like I’m always around, which in a weird way I am. If I get comments on the links or someone retweets it, I get alerts on my smartphone and can check in if need be. I think that’s a big part of what’s helping, acknowledging people who share. Even receiving alerts during the night can help me respond sooner, since sometimes I’m up because I’m checking on issues with my mother or I’m having problems going back to sleep… which happens often. lol

Don’t forget to both add a number at the end of the post you’ve just added to Tweeten or whatever in your document file and highlight the next post you want to add next. You do that to make sure you don’t share the same exact post multiple times in a row because Twitter doesn’t like too many posts with the exact same wording within 24 hours.

There you go; that’s my process. Like I said, I’m not sure why Twitter isn’t driving as much traffic to my business blog as it is to my website, but I’ll figure it out one of these days. If you have any questions on all of this, or just want to share your opinion, go ahead and leave a comment. And above all, share! 🙂

8 thoughts on “Scheduling Posts On Twitter Via Tweeten; My Process”