One of the weirdest things about blogging is that not everyone wants to leave comments. I’d love that as much as anything, but what sometimes happens is people will send an email to tell you things or to ask you questions. I take that as a compliment, especially since no one has sent me anything bad yet.

There’s one question I get more often than any other. The odd thing is that I get this same question outside of this blog. I get it on my other blog. I used to get it from my newsletters. I got it from people in organizations I used to belong to. And I always get it from some of my friends, because I tend to chronicle my life and then share my stories with all my friends, these days more often on Facebook.

I’m betting some of you would have loved to have been on my personal mailing list when I talked about different things that happened to me while I was traveling all over the country. If that’s not good enough, how I, as a five year old child, walked away from a crowd in downtown Japan and went on my own adventure, while teachers scrambled to find me. Wait; I made a video about that:

Anyway, that question is: “How can you be such a prolific writer?” Well, it’s just what I do. 🙂

As some of you may know, I’ve written two books on leadership called Embrace The Lead and Leadership Is/Isn’t Easy I’ve got another books in the works as well as the beginning of an online course, but who knows when I’ll finish those. I’ve written tons of articles in multiple places on a variety of subjects, and I’ve been published in a few national magazines and newsletters. I wish I could get more people to pay me for writing, because there’s nothing I’d rather spend time doing, other than playing poker. 🙂 And I just wrote a momentous article on my business blog celebrating my 20th year of self employment (if you go to it before 10 tonight you won’t be able to see it) that’s over 8,300 words; yeah, I did that!

Enough of the self promotion. How does one go about being a prolific writer? How does one come across so many ideas to write about?

I like to think of myself as someone whose real business is the accumulation of knowledge. Other than geography, geology and entomology, I have this insatiable thirst for knowledge. I just want to know things. 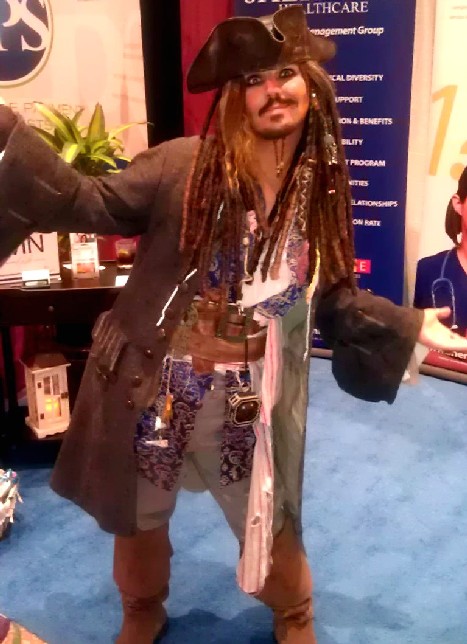 I also like to think I have a discerning eye for being able to step outside of a situation and view it as a story. Sometimes I write about them; sometimes I do a video. Eventually the stories cross into each other so everyone gets a shot at seeing them.

After I’ve accumulated some knowledge, and after I’ve had time to digest an event as a story in my mind, I love sharing my thoughts and happenings with others. Maybe my goal should be in storytelling, because I just love to tell my tales and share information as much as I can.

* Write like you talk – I see many blogs where people seem to be trying to figure out how to write rather than just writing. Most of the time when I sit down to write, I write directly into blog, real time, and I don’t stop until I’ve written the entire thing.

Most of my posts take between 5 and 10 minutes to write; that’s about all. It takes a little longer to finish if I’m adding backlinks, which is always a smart thing to do if you can, but otherwise, my posts are usually done fairly quickly. Even most of my very long posts have been written that way, though that 8,300 word article took almost 6 hours!

When you write, whether it’s short or long, ask yourself if you’ve written in your voice. With short posts, ask yourself if that’s how you would present yourself if someone was sitting with you and talking to you. If you’re writing a long post, do the same thing.

* Think of every situation as a story – Who doesn’t love hearing or telling a good story? The truth of life is that almost every moment of interaction with someone else can be told later on as a pretty good story. Many of my latest stories are related to my shoulder surgery in the middle of March, followed a week later by my mother having to go into the hospital. Even when things are a mess, they can make some interesting stories with funny parts here and there.

When it comes to your blog, telling your story about an implementation you did with new hardware on your computer, or new programs you’re trying to run, are all stories that you could probably tell. Almost anything that happens in your life is a story. What’s also a story is what happens in other people’s lives that you can comment on. Think of it as if you were talking to a friend of yours; that helps you to put it in context.

* Don’t niche yourself into a corner – There’s a lot of talk on the blogosphere about selecting a niche and sticking to it. There are also thousands of blogs that have been abandoned because those people couldn’t continue thinking about what they wanted to write about.

People who write financial blogs often seem to run out of things to say because they think their niche is finite, but it’s not. Right now, I’d be writing about the price of gas, the bad news about the car and housing industry, credit cards and their changing of interest rates, student loan debt, the job market and unemployment and people not taking just any jobs because of what they’re being offered as payment… on and on. There are thousands of ideas related to finance that aren’t directly related to the stock market that they could be writing about.

One of the issues I’ve had with many blogs I’ve been reading is that it seems many tend to keep writing about the same issues over and over, and at the same time. Years ago I wrote about commenting on blogs, only to discover later on that four other blogs had written on the same topic on the same day. When we talk about blogging, we tend to stick to specific topics that help drive blogs into prominence. That’s why I break into other areas from time to time on my blogs, throwing up a video or two, giving a personal opinion about something, or sometimes going in directions that don’t have much to do about blogging at all, but is important to me at that moment.

* Don’t worry about perfection, but check your grammar – There is no such thing as the perfect post. I’ve written some that I think are pretty good that get few readers, and some articles I thought I was just putting up to have something to write about that have touched a lot of people. 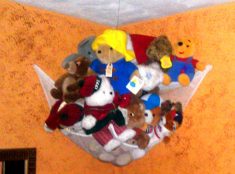 People sometimes worry what someone else is going to think about what they’ve written, and that can paralyze them and stilt their writing. I’ve never had that issue; I write whatever I feel like and whenever I feel like, trying to offer something pertinent or personal, and that’s that. I don’t use profanity because I don’t use, and never have used, profanity in my real life (I’ve also never had a drink in my life, smoked cigarettes, taken illegal drugs, or, for balance, gone to church since I was 11 years old if weddings and funerals don’t count).

I’ll admit that there are times when it’s hard reading a blog post or an article where the grammar is choppy and sentences don’t flow. I make allowances for people for whom English isn’t their first language, because I’ve seen how some of the posts I’ve tried to do in other languages (thanks, or kind of thanks, to Google Translate).

By grammar, I don’t mean using a word like “y’all”, which is a part of my language, and I don’t care how many people tell me it’s not a real word. I’m also not talking about typos. I’m talking about major misspellings of easy words (it’s easy to tell a typo from a misspelling), picking the wrong words (”there, they’re and their”, as examples), or missing words throughout an article.

* Write about what you love and like – I love blogging, and it goes well with this blog. I love finding all sorts of things on the internet, which I can write about on this blog.

I love writing about the things I do on my business blog. I have a bit of passion towards everything I write about, whether it’s positive or negative. When one has many interests, one can do a lot of things and talk about a lot of things.

All of us like many things, yet many people are hesitant to release it to the public. Trust me, there’s so many more things I could talk about that would make people’s heads spin, but there has to be something I keep to myself or share only with good friends; same as you. But if there’s a point to make or a story to teach, sometimes it’s not a bad thing to share.

If you can put all of those things together without fear or worry, and you can figure out how to make it entertaining, you can be a prolific writer. It might seem like it’s a lot of work, but trust me on this one; if you’re doing or writing about something you love, it’s never work. So, get writing!

6 thoughts on “How To Be A Prolific Writer”