I’m someone who has always said that there’s nothing wrong with using free themes for your blog because I don’t believe there’s any inherent SEO benefit to using paid themes. Some claim that they’ve seen their income go sky high once they switched, but the overwhelming majority of people don’t make a single dime more than they did using a free theme. 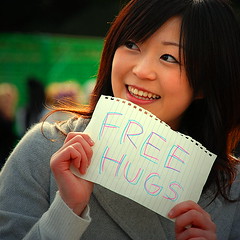 Overall, there’s no major difference between using free or paid except for three things.

One, if you use a free theme at some point you should think about changing up some things here and there so that it truly becomes yours. You’re going to want to do as much as you can to help yourself stand out and become unique if it’s connected with your business model.

Two, because you don’t always know who created the free theme, you might end up having to deal with issues of copyright and images, such as when I wrote this post about images and Getty Images and one of my clients.

Three… totally different matter. Last week a couple of my blogs were hacked, and if you follow that link you’ll find out what I did about it in case you ever go through it yourself. I have lots of protections on my blogs that I thought would take care of such things, and for the most part they worked. But it seems there’s a potential back door, and that’s what I’m warning you about.

Most people don’t ever take a look into the coding that makes up themes; I have. Back in the day I’d learned pretty quickly that often in the footer of some themes there’s some hidden code that links back to a website of the creator, and it’s not always a good thing.

For the first year or so of this blog my top search keywords had to do with credit cards, and I had no idea why because I’d never covered the topic on this blog. Then I learned about the code & footers and I took a look through the Appearance/Editor feature of the blog dashboard, only to discover that I couldn’t see anything in there. What I had to do was download it to my computer, open it up in my HTML program, and run some cool program at the time that revealed the link. Of course I removed it, even though the “license” said you could use the theme if you didn’t make any changes to the footer (oops), and I’ve never had that issue again.

However, what I’d also done back in the day for this blog and my main business blog is download a bunch of themes to test out, selected one, and then moved on with life. On the business blog I changed its theme 3 times before settling on the one it’s got now, but I never changed the theme on this blog once I selected it, though I have modified what it looks like.

The main thing I didn’t do, that ended up causing me major problems and something I’m going to warn you about? I never deleted any of those other themes that I wasn’t ever going to use. I never even thought about it because I never had a reason to look at the Appearance/Themes area ever again. On two of my other blogs I used the same theme I now use on my business blog, as it’s easy to modify and change up, and I modified the theme on my local blog before I ever uploaded it, so no worries there.

The hackers were able to exploit something in one theme on both my business blog and this one; that’s all it took to bring down all my blogs and all my websites, since they’re all on the same server. They didn’t get into anything; I’m not even sure if they were going to try. Lucky for me my hosting company, 1&1, caught the intrusion on their own and locked down all my sites, giving me time to fix things later the next day.

I’m betting that anyone with a blog more than 3 years old has something on it that they’ve forgotten about for years and not even tried to update. This is why there’s always someone warning you about making sure you update your blog software and your plugins, and of course recommending that you backup your blogs whenever possible.

In conclusion, as with anything that’s free you take your chances with free themes, though the same can be said for some paid themes. Your best bet is to go with newer free themes as they’ll have fewer files that can be exploited, and once you select a theme kill all the others you tested and try to make sure there’s nothing hidden in the footer except maybe a link directly to the person who created it. In that regard I don’t mind giving credit where credit is due, as long as there wasn’t anything sneaky in there.

29 thoughts on “A Big Danger With Free Themes”