On Saturday I decided that I deserved a break and went to the casino about 40 minutes from my house. My intention wasn’t only to play, though; I had decided I was going to enter the tournament. 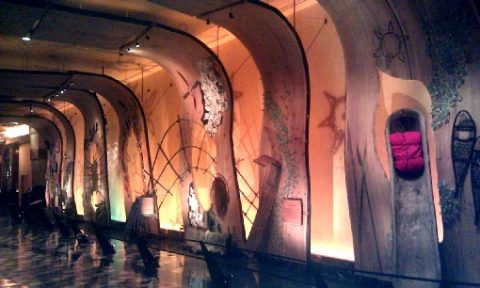 For those folks who have never played a poker tournament but know the general rules of poker, let’s say that it’s an exhilarating experience. From the time you start until the time you’re finished you’re always on your guard. I want to say more but I think it’ll mess up what I’m going to write here, as I’m going to expound on a previous post that I wrote about a year ago titled 5 Keys To Winning Poker Tournaments And Blogging, which expounded on my post titled 5 Things Bloggers Can Learn From Poker.

You might be able to tell already but I enjoy poker. And if you’re a frequent visitor of this blog you also know that I can find things that others see no relation at all and relate them to blogging, as I did 3 weeks ago in tying toaster ovens to blogging. I’m thinking that it might be harder for those who don’t know much about poker to understand this as much as it’s easy to relate to toaster ovens, but let’s see where we end up. By the way, I was going to make this 10 lessons but I have a feeling that 5 are going to be a long enough post; you know how I am. 🙂

1. You always need to know where you’re starting from.

In a poker tournament, no matter what your buy-in amount is, you start with a certain dollar value of chips. In my case I started with $20,000 worth of chips. The thing about poker tournaments is that they’re long haul events. If you gamble too much too early and you don’t have good cards, you could be gone pretty quickly.

In blogging, you need to have some kind of idea of what it is you want to blog about before you start unless you’re a prolific writer. So many people start blogs without having any idea what they’re going to say or whether they have enough to say over the long haul. They end up writing a few posts, then burning out because they said it all in those early posts and have nothing left for the long haul.

2. You can’t sit around waiting for the perfect thing to occur.

In a poker tournament, the amount of money you have to put up when you’re either the big blind or small blind goes up every 30 minutes. That means the amount you have to bet when you just want to see the flop also goes up, and at a certain point you also have to add an ante amount each hand. If you wait around for the best hand possible, all your money will get siphoned away and eventually you’ll be stuck playing a hand you don’t want to play because you don’t have money to allow you to skip a hand.

I know so many bloggers who say that they only write a post when they feel they have something to say. What they’re waiting for is perfect inspiration, which really comes only 2 or 3 times a year. You can’t build a following by waiting for inspiration, or waiting to write the perfect post. If you can’t build a following, then most of your blogging goals go down the drain, and if you’re blogging for business reasons you’re not going to get any benefit at all.

3. If you don’t have goals set up then you have no way of tracking your progress or regress.

My goals in the poker tournament were simple. I wanted to make it to the first break having at least the same amount of money that I started the tournament with. That’s actually a stronger position than many people might believe because half the people will be close to bombing out after 2 hours. I had actually almost doubled my take after the first two hours; sweet!

Blogging goals are much simpler to think about if you ask me. The main thing is figuring out how many posts you want to write a week, how long you want those posts to be, and what topic you’re going to write these posts on. Further goals might be how you want to rank, making money, etc. But without knowing some kind of goal you may not achieve what you want to achieve.

4. You have to take advantage of breaks when you get them.

In poker tournaments, segments generally run 2 hours at a time. However, there are short periods of time where they change out all the small chips for larger chips because the ante’s have gone up. This means you have a quick 5 minute period where, whether or not you need to go, you’d best try to go to the bathroom, grab a quick drink, and get back to your spot.

5. Hiding behind something artificial in any realm will doom you in the end.

Something a lot of poker players think is that if they wear sunglasses while playing that other players can’t see their eyes and thus they’ll have an advantage. Other players will wear earphones and listen to music instead of listening to what’s going on around them. At the final table yesterday (yes, I made the final table), not a single person there was wearing sunglasses or had an MP3 player on them. As a matter of fact, since 2002 only 2 poker champions at the World Series of Poker have worn sunglasses, and they only put them on when they made a big bet.

There are a lot of bloggers who hide behind fake names and copy posts from other people. Those blogs ultimately fail and those people eventually fall away as well. Those who fall quicker are those who steal the content of others. People using fake names… well, that’s a different story. They might get the chance to build up some credibility if they write really well but it’s harder to trust someone who seems like they have something to hide.

Just so you know, I made the final table and went out on the very first hand. Hey, it was a risk and a good risk, but the one guy who stayed in the hand had a good one and that was that. Still, it felt great making a final table, and the lessons I learned about blogging via that final table are priceless.