It’s time to tackle a familiar theme on this blog but I’m going to touch upon some different types of things… I hope. It’s time to talk about blog maintenance again, which I’ve done twice before. 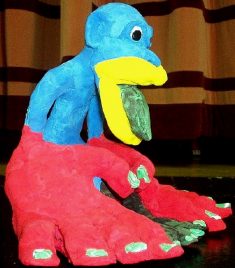 This time I’m going to talk about new things while still bringing up an old thing; let’s start with that one just to get it out of the way.

1. You couldn’t believe how many blogs and articles I read. I still comment on blogs, though not as much as I used to. Yet I continue to have the same lament I’ve mentioned multiple times before, that being not getting notifications when someone has responded to my comment. I even told people how to check comment notification on their own to verify whether it’s working or not; I really need to work harder to get people to do this because I don’t always remember the blogs I’ve commented on.

I’ve also found that I never get notified about comments from blogs that are on WordPress.com or blogs using the WordPress.com commenting system (which is a feature of Jetpack, per my friend Holly); no idea why. If you respond to some commenters and ask them a follow up question and you never hear back from them, this could be a major reason why… either that or they’re just jerks who never follow up; yeah, I said it!

2. Every once in a while we need to take a step back to look at our blog homepage to see if it’s giving us what we’re hoping it is. I decided to take a good look at mine, and I’ve made a few aesthetic changes which most people won’t notice, so I’ll tell you what I’ve done and why.

The first is that RSS feed icon to the right. The image is still the same but I changed the feed link. It seems that Feedburner is dying and I’ve lost about 70% of my former subscribers from the service. There’s talk that Google Plus (they seem to own everything) could be closing it down (which they did), so I thought it was a good time to change the feed.

Next, I changed my YouTube script to one that more people who visit that site will recognize. All people have to do is click on my professional face and they’ll be taken to my channel there. It’s not only much more streamlined than before but they dropped their previous iframe format which makes everything look better.

Underneath that you see the one affiliate program I’m still running on this blog, mainly because it’s the one product I’m still using that I bought from them. Mailwasher is a program that allows you to check your email while it’s still on the server so you can protect your computer. Even my friend Peter bought one from me, though I’m not sure if he’s still using it. I moved it from the left sidebar to the right so I could have it higher than it was, thus making it more visible. I know most of us are “ad blind” at this point but you never know…

Those are the few changes I’ve made; take a look at what you have to see if you need or want to make any changes on your blog’s homepage.

Dense images are heavy and they slow down how fast your blog and your articles will load. My initial efforts only concentrated on my homepage, and when I test that using the Google Insights page I’m still doing very well on all my blogs and websites. On all my articles, not quite as well. Most of my article, like my last one on authenticity, end up being in the “needs work” category. We can all live with this level as long as our homepage is up to snuff, but something that helps is reducing the density of as many images as possible.

WP Smush will allow you to go through your image archives and reduce any images you have that are less than 2MB, though you might have to deal with smushing only 50 at a time if you’re using the free version (which I am lol). This is a smart thing to do as it’ll improve your site immensely for your mobile audience.

4. Now let’s talk about the size of images on your blog. When I first embarked on this quest I was reducing the sizes of my own images so they would be closer to the size I have them in my blog posts, which is between 235 and 240 pixels (this has been updated after I had a major theme change in 2020). What I found was that when I posted my articles on Facebook, those images wouldn’t show up as options because they were too small. What I ended up realizing is that I need to leave the width of the original image somewhere around 700 pixels, which I can still code down to the above numbers, and by using WP Smush the density of the images is still reduced. Now I get to use my original first images on those two sites; that’s pretty cool.

That’s all I’ve got for the moment. Take a look at your blog to see if these are things you need to be working on.